Well, it’s official. Thanksgiving is over. Now it’s time to indulge in some left overs, put up the tree, and enjoy 25 days jam-packed with Christmas movies!

I love Christmas movies, and I never tire of watching A Christmas Story. Next to It’s a Wonderful Life, it’s maybe one of my favorite holiday films.

After running my Power Rangers update a few weeks ago, I thought it would be interesting to catch up with the crew from A Christmas Story…so grab a few cookies and a nice hot cup of Ovaltine and catch up with your favorite holiday family! 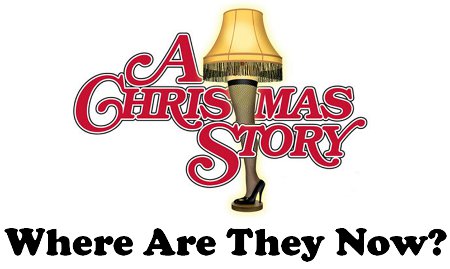 RALPHIE PARKER (Peter Billingsley):  By age 11, Billingsley had acted in more than 120 TV commercials  two feature films, two made for TV movies, and three TV shows.  Although he’s most well known for his work on A Christmas Story, Billingsley is also quite famous for playing little Messy Marvin in Hershey’s Chocolate Syrup commercials.  Billingsley now works behind the camera, knocking out films like Iron Man, Four Christmases, and Couples Retreat.  He also had a small role in Vince Vaughn’s comedy, The Break-Up.  He currently resides in Los Angeles.

RANDY PARKER (Ian Petrella):  Thoughout his teen years, “Mommy’s Little Piggy” continued acting and studied improv at LA’s famous Groundlings Comedy Theater. At age 17, he was the youngest person ever to audition and be accepted to attend classes there. Curious to explore more outlets in the creative business, Petrella soon discovered a love for puppetry, and got great opportunities to work on The Ninja Turtles, Power Rangers, and even got to work with the master himself…Jim Henson. Today Petrella lives in San Francisco and continues his passion as a puppeteer. 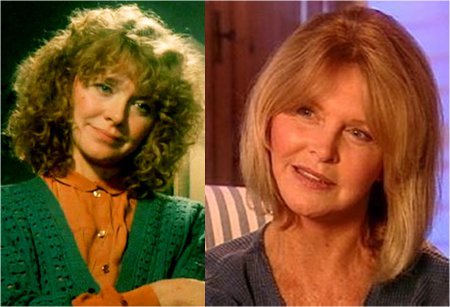 MRS. PARKER (Melinda Dillon):  A steady career in Hollywood has kept Dillon working since her days baking mashed potatoes and red cabbage.  You can see her in Close Encounters of the Third Kind (for which she was nominated for an Oscar) and Magnolia, as well as various TV shows.  Five years after her work on A Christmas Story, Dillon also appeared opposite John Lithgow in Harry and the Hendersons.  Dillion was once married to character actor Richard Libertini, with whom she had one child. 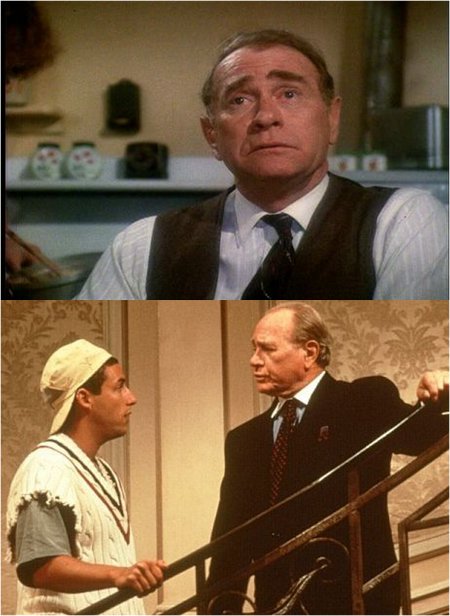 MR. PARKER (Darren McGavin):  The Old Man gave up on the furnace business and spent the last of his years dancing around the camera, starring in various films and TV shows and producing and directing various Hollywood films.  Perhaps best known for his role as heroic newspaper reporter Carl Kolchak in the TV series, Kolchak: The Night Stalker, Darren McGavin was a powerhouse of an actor, performing in more than 200 roles in his lifetime.  After his beloved role as Mr. Parker in A Christmas Story, McGavin played yet another stern, yet comedic father figure in the popular sitcom, Murphy Brown, for which he won an Emmy Award in 1990.  Several other film roles followed, including a part in Adam Sandler’s hit, Billy Madison.  Darren McGavin passed away on February 25, 2006 at the age of 83. 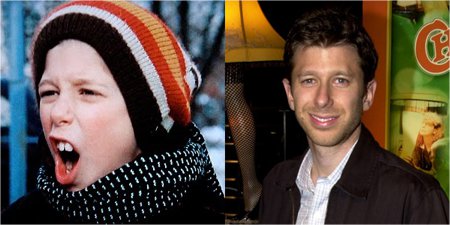 SCHWARTZ (R.D. Robb):  Maybe it was the guilt of forcing his friend to stick his tongue to a pole that convinced R.D. Robb to stay behind the camera for a while, but Robb has sure made a name for himself as a famed Hollywood director and producer.  He has half a dozen direct-to-rental features to his name, but perhaps Robb’s most interesting project was Don’s Plum, the scandalous 1995 short film he directed, which featured Leonardo DiCaprio and Tobey Maguire.  Robb and co-producer John Schindler tried to release the short as a feature-length movie, but were blocked by a law suit from DiCaprio and Maguire.  Robb has also appeared in The Brady Bunch Movie, Matilda, and a variety of TV shows.

MRS. SHIELDS (Tedde Moore):  The no fuss teacher with the joke drawer has retired from the classroom and went on to be a part of various other film projects.  Look for her in ClarkWORLD, No Higher Love, Down the Road Again, and most recently, Moore ironically played Mrs. Claus in the made for TV movie, Mistletoe Over Manhattan.

FLICK (Scott Schwartz):  Since 1987, Schwartz has managed a sports and movie memorabilia collectibles store with his father, Dan Schwartz, in Woodland Hills, CA. In the 1990’s, Schwartz spent some time in the adult film industry in minor, non-sexual roles and behind the scenes in numerous administrative roles.

Still active in memorabilia and card collecting, Schwartz has helped create a line of celebrity-based trading cards and obtained celebrity autographs for companies such as Upper Deck and Razor.

Currently Schwartz is working on his memoir, to be published in the near future. 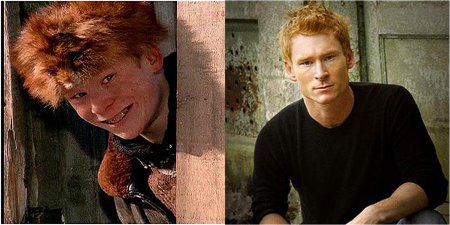 SCUT FARKUS (Zack Ward):  Zack Ward’s great portrayal of bully Scut Farkus was just the beginning of a crazy career in film.  Since A Christmas Story, Ward has gone on to star in a slew of horror movies, as well as appearing in some TV shows.  You can see him on the FOX show, Titus, and has also appeared in NCIS, LOST, and Crossing Jordan.  Ward has also had roles in Resident Evil: Apocalypse and Freddy vs. Jason.  Currently, Ward is working on a film titled Last Stop.  Ward is the son of actress Pam Hyatt.

GROVER DILL (Yano Anaya):  Yano Anaya spent most of his time away from the camera, only recently returning to work on a few documentaries.

Still can’t get enough of A Christmas Story?  Heat up some Ovaltine and hop in the car and head on down to Cleveland, OH to The Christmas Story Museum, located in the actual house where the movie was filmed.  There you can find Randy’s bib (and buy one of your own!), the cozy bunny suit, and even the famous Leg Lamp.

Tagged as christmas, just bee-cause, pop culture, where are they now