First of all, I want to wish everyone a very happy, healthy, and prosperous NEW YEAR!!! I can’t believe we’re at 2013 already!

As a little treat for you before we all start our resolution to eat less and exercise more, here’s a recipe for some delicious coffee cake muffins. These muffins are great for New Year’s morning, since they’re super easy to make and cook up quickly.

If you don’t have buttermilk on hand, you can make “sour milk” by combining 1 tablespoon vinegar or lemon juice with 1 cup of milk. Just put 1 tablespoon of your acid in a measuring cup and add enough milk to make 1 cup. Since this recipe calls for 1/2 cup milk, you’d obviously add 1/2 tablespoon acid to 1/2 cup milk. I actually used the vinegar/milk combo in the muffins I made and you couldn’t taste the vinegar at all…so don’t worry about ruining the taste of the muffins! 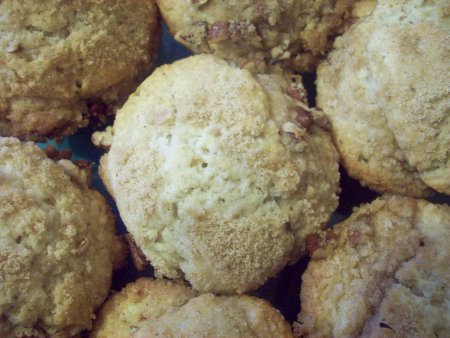 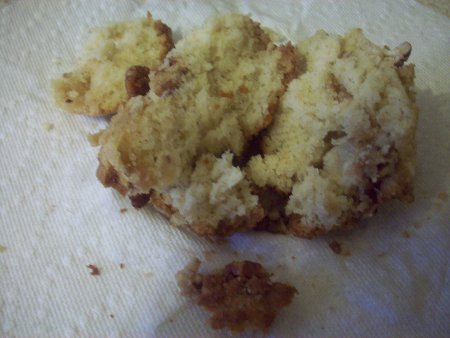 Filed under muffin and scone recipes 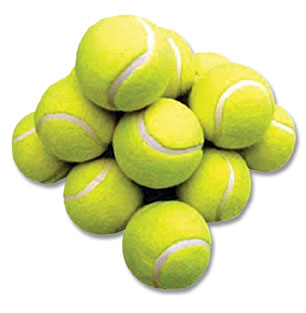 Tagged as clever uses, every day tips and tricks, helpful hints and tips, the buzz

Seems like I’m a day late and a dollar short for getting this project out before Christmas, but such is life!

This crocheted drawstring bag is a unique and fun way to give gifts for any reason or holiday.  Perfect for beginners, this bag works up quickly and easily, and is a great way to use up that leftover yarn that you have lying around in your craft box.

You could also use this bag to help organize items around your house.  I keep extra makeup in it, but you can also use it for holding jewelry, money, or even use it as a purse.

This bag is worked in one piece and it folds inward to create a nice secure close.  You can use a ribbon or cord to secure your bag, or simply create your own by making a large braid, as I did in the photo.

Heart to Heart and Hand in Hand… 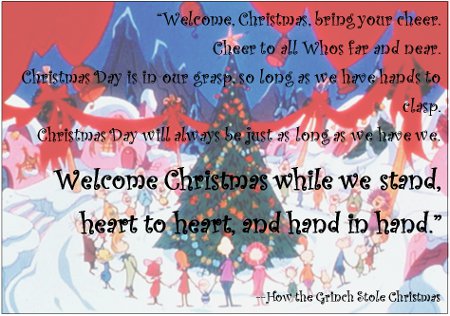 One of my absolute favorite memories of Christmas morning is the smell of cinnamon rolls in the oven. The delicious scent of cinnamon, bread, and icing would slowly drift into our bedrooms and wake us from our slumber, and as my brother, sister, and I made our way downstairs, the scent of cinnamon rolls would become stronger and stronger, and would begin mingling with the smells of pepper bacon, hash browns, fresh bagels, Christmas cookies, and mulled apple cider (clearly we’re a carb-lovin’ family!).

So a few days ago as I watched A Christmas Story and began planning out my holiday shopping list, I became nostalgic for those Christmas morning treats and decided to head on into the kitchen and make some of my own.

Well, clearly that didn’t work out so well.

So instead I made some felt ones! They’re simply adorable for hanging on the tree or turning into a necklace, gift embellishment, garland, or magnet. And, best of all, they’re calorie free! 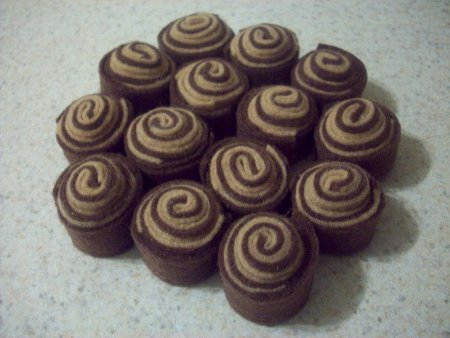 Thought to be one of the greatest presidents the United States has ever seen, Abraham Lincoln broke down barriers and united a nation once torn through its very center. In his short term in office, he oversaw the passing of one of the most important amendments in US history and witnessed, first hand, the bloodiest, most gruesome war on American soil.

He was a father, a leader, a husband, and a friend…and, oddly enough…a vampire hunter.

Abraham Lincoln: Vampire Hunter is the tale of President Lincoln’s battles and run-ins with vampires.  After witnessing several of his closest family members succumb to these blood-sucking monsters, Lincoln goes on a quest to rid the U.S. of every remaining vampire.  With the help of some close friends and a vampire willing to turn on his own kind, Lincoln embarks on a journey that would forever change the rest of his life.

Throughout his journey, Lincoln keeps a journal, documenting every kill, every meeting, every thought, every plan.  This epistolary-style novel is written as  a biography of Abraham Lincoln, based on this set of diaries.  The diaries are handed to the author at the beginning of the novel by a man named Henry Sturges.  Henry offers him these books and tells him that the only condition of this offer is that he (the author) will, at last, tell the truth about Abraham Lincoln.

In these well-kept journals we begin to learn the true history of Abraham’s life, from his first battle with a vampire to the reasoning behind his vicious murder. Complete with plenty of blood, gore,and photographs that could easily pass for the real deal, Abraham Lincoln: Vampire Hunter is a wild ride through the life of a man so few truly knew.

As a fan of Seth Grahame-Smith’s other literary titles, (Pride and Prejudice and Zombies and Sense and Sensibility and Sea Monters), I found Abraham Lincoln: Vampire Hunter a fun easy-to-read book.  And as a fan of Abraham Lincoln, I was curious to see what role vampires would play in his biography, and I think Smith did a great job of sprinkling a bit of folklore into the life of a man who loved storytelling.

Pleasing for those who love Civil War history, vampire fiction, or those who just like reading something strange and unusual, Abraham Lincoln: Vampire Hunter is a quick and easy read that will entertain, enlighten, and open your eyes to a man who, as Henry Sturges put it, “…is just too interesting to die.”

It just seems wasteful to me to throw away tuna cans.  These cute little aluminium canisters can be used for all sorts of things (after a hot bath, of course!  You don’t want your crafts smelling fishy)!

From gift giving to organizing, tuna cans can be put to use in several ways.  You can use them to store small items in a drawer (I’m thinking office supplies, jewelry, small craft materials, and even nuts and bolts).  You could convert them into adorable tea light holders that are perfect for setting the mood for an outdoor party or wedding.  You could also use them in the summer to help build sand castles!  The possibilities are nearly endless for what you can do with these little tin cans.

On a quest to find some clever uses for these little tin treasures, I came upon all these amazing ideas for how to put old tuna cans to use.  I love the idea of turning it into a pin cushion…and I think those tea light holders are precious!

A few tips for you as you begin crafting with tuna cans…or any tin can for that matter:

Here are a few of my favorite ideas for reusing tuna cans!  What else can you do with them? 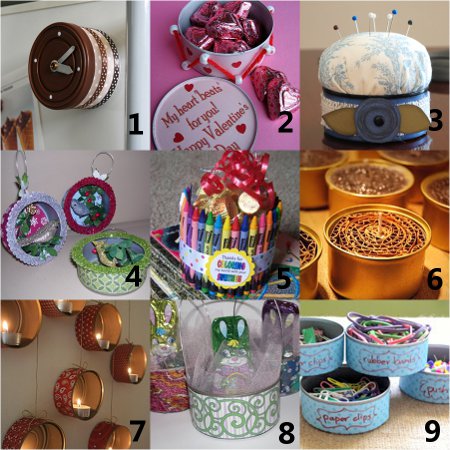 1.  Tuna Can Clock from Recyclart

2.  Recycled Candy Containers from Skip to My Lou

3.  Tuna Can Pin Cushion from Madigan Made

4.  Tuna Can Ornaments from Mel Designs

5.  Color My World Thank You Gift from Kim’s Kandy Kreations

7.  Tuna Can Candle Holders from Crescent and Old Lace

8.  Tuna Can Baskets from Don’t Eat the Paste

9.  Tuna Can Organizers from Messy Mimi

I’m notorious for gathering and saving those little shampoos and soaps from hotel rooms.  Why?  I have no idea.  It’s not like I do a ton of traveling where having a stock pile of tiny soaps would be beneficial to me, but for some reason I just like collecting them…I like knowing I have them should the need for a little conditioner arise.

Ironically, these little shampoos have taken up more space in my closet than a full bottle of shampoo…so I needed to find some way to store these supplies that was convenient and space-friendly.

Enter the amazingly large, easy and cute Stash Buster Tote!  This crocheted tote can literally hold tons of stuff…and the V-stitch allows it to keep its shape while you stuff it with anything and everything you can imagine.

Made with 2 strands of yarn, this tote is durable and strong…and it works up quickly, so it’s a great project for a weekend or a rainy or snowy day spent inside.

This tote would also be great for storing fruit and veggies, craft supplies, toys, jewelry, makeup, and other little essentials.  You can make them in different sizes and shapes by altering the pattern just slightly.  Continue round 5, just increase an additional dc in each round (so the next round would be ch 2, 2 dc in first st, dc in next 4 sts) for a bigger basket, and omit round 5 for a smaller one.  You can also make the basket walls as high as you’d like by continuing or halting rounds when you get to round 7. 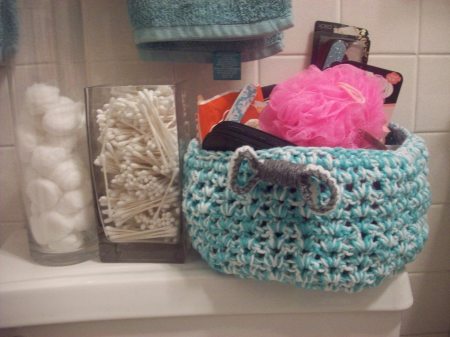 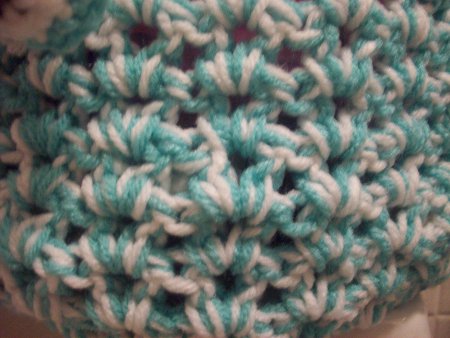 Instructions:
This pattern requires holding two strands of yarn.  Ch 2 does NOT count as a st.  Ch 4 does count as dc and ch 1.

Keeping Christmas in My Heart

I wouldn’t say that I’m a chocolate fanatic, but occasionally the mood will strike and I’ll pretty much do anything for a piece of dark chocolate with caramel or peanut butter or espresso beans…

The last time I got the craving for some chocolate yumminess, I came upon a bag of Hershey’s Cinammon Chocolate Chips. Um…sold.

To go along with my cinnamon theme, I decided to pick up a box of cinnamon graham crackers and a bag of white chocolate chips (since they were on sale).

When I got home, I had no idea what do to with my cinnamon chocolate…other than open the bag and dive in as I watched a marathon of Parks and Recreation or Modern Family. I looked to see what I had on hand already and I found some whipping cream, which is great for making ganache…and frosting…and TRUFFLES. Then the magic happened.

I had no recipe, no idea what I was doing…I had never even made truffles before…but I just had a feeling deep down in my soul that this was the right thing to do.

Needless to say, these truffles are AMAZING. The cinnamon and chocolate go SO well together, and the white chocolate helps cut a bit of the cinnamon so it’s not an overload. These are wonderful to make as Christmas gifts and would be delicious with vanilla ice cream.

If you’d rather not use cinnamon chocolate, that’s totally fine. You can substitute it with any chocolate of your choice (except white chocolate, which is not really chocolate so it won’t turn into a ganache like chocolate with real cocoa in it).