We’ve been celebrating The Wizard of Oz over the past couple weeks, and today we celebrate the 77th anniversary of its worldwide release!

Though it didn’t open to great reviews or massive success, The Wizard of Oz has found its rightful place in cinematic movie history and now sits at #8 on IMDb’s list of 100 Greatest Movies of All Time.

It also shouldn’t come as a huge surprise that this movie is also riddled with crazy rumors about filming and production.  While some of them are true (Toto did make more than The Munchkins), others were not (no, the colored horses were not covered in Jell-O).

To help debunk some of those crazy stories and celebrate this gem of a movie, here are 33 Fun Facts about The Wizard of Oz. 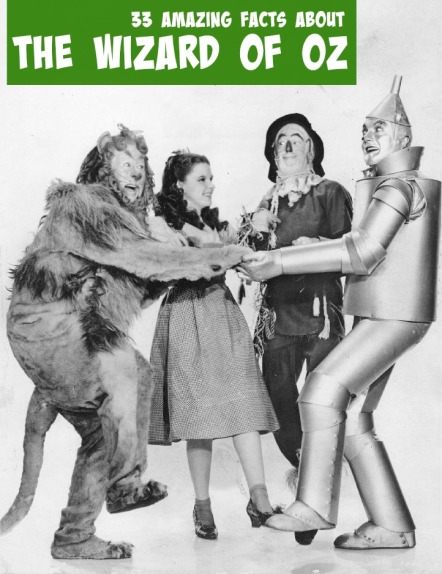