40 Fun Facts About The Walking Dead

We’re almost to the season 7 premier!!!  It’s been a long summer waiting for the return of The Walking Dead and I’ve filled several days this summer reading articles, watching videos, and completely immersing myself in TWD universe.

In doing so, I’ve learned so many fun facts about this awesome show.  From “death dinners” to Breaking Bad Easter Eggs, this list of “40 Fun Facts About The Walking Dead” is sure to get you in the mood for Sunday’s premier! 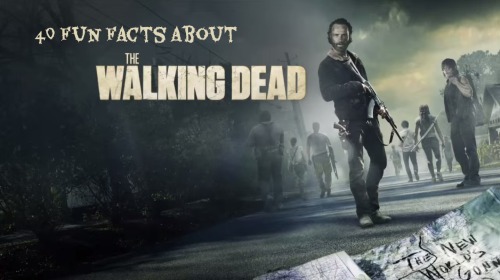