Have you ever decided to revisit an old book and thought to yourself, “man, forgot how much I love this!”. Well this list is filled with books that will give you that old nostalgic feeling that will instantly take you back to days of yore…however far back they may be!

From childhood favorites to tweeny tales, this collection of 21 Children’s Books Every Adult Should Read Again is sure to reawaken your love for these classics. Best of all, most of these are super quick reads that you can enjoy between finishing up Game of Thrones or Girl on the Train.

And the list doesn’t stop here! Several children’s books have adult themes that go right over the heads of kids. Going back and re-reading these stories will not only give you a new appreciation for the work, but will give you an excuse to enjoy these books with your own family! 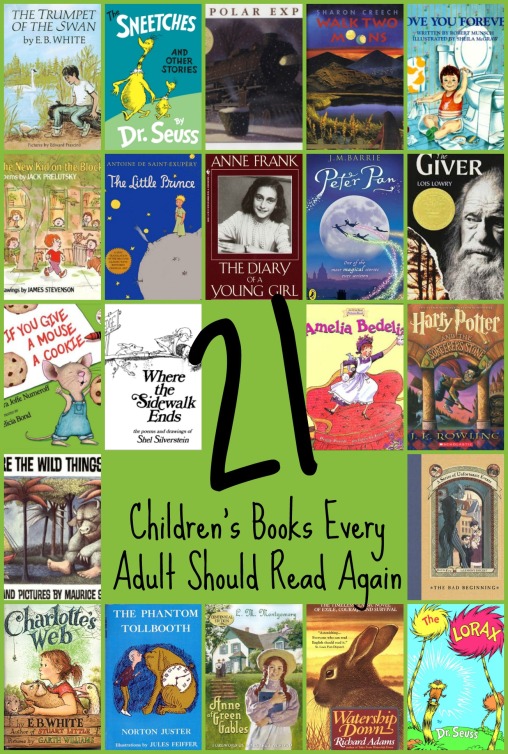 Where the Wild Things Are
Maurice Sendak 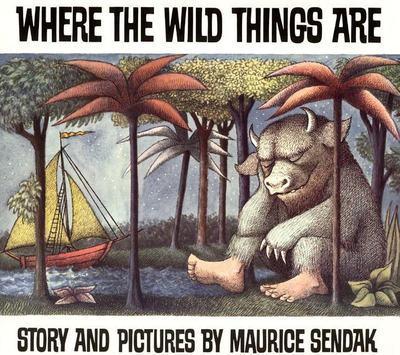 In a Word: A story about a little boy, isolated in his own world, who travels to a magical land filled with loveable monsters and becomes King of the Wild Things.
Common Themes: Isolation, Growth, Friendship, Imagination

In a Word: A pig and a spider develop a sweet friendship, and together they learn about everything from love to loss.
Common Themes: Friendship, Acceptance, Mortality, Growth 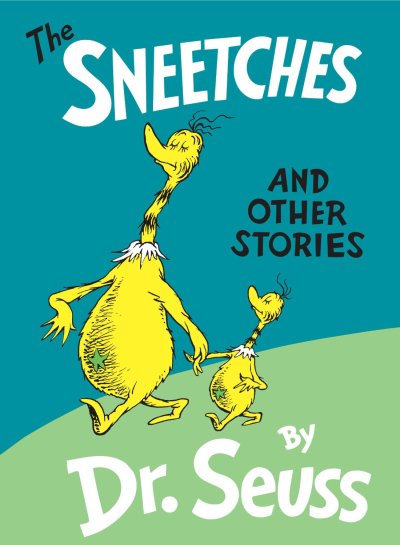 In a Word: A group of bird-like creatures called Sneeches alter their appearances again and again to fit in with “the popular crowd”.
Common Themes: Belonging, Acceptance, Bullying

In a Word: The Lorax is a creature that speaks for the trees and he battles against “The Big Man” to save the forest from the expansion and advancement of technology.
Common Themes: Bravery, Enviornmental Awareness

Where the Sidewalk Ends
Shel Silverstein 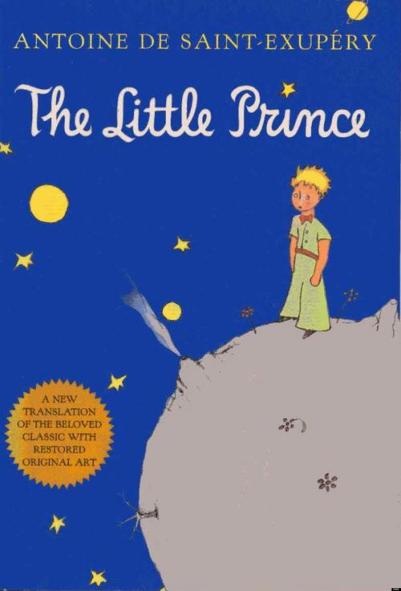 In a Word: An explorer crashes on his way home and meets a little prince who opens his eyes to the beauty of life and the world around him. Simosaniously beautiful and heartbreaking.
Common Themes: Isolation, Wisdom, Love, Friendship

In a Word: A little boy receives a make-believe tollbooth. When he drives through it in his toy car, he’s transported to the Lands Beyond where he encounters several characters along the way…similar in style to Alice’s Adventures in Wonderland.
Common Themes: Adventure, Learning, Education, Problem Solving

In a Word: A little boy boards a magical train to the North Pole, where he meets Santa Claus and learns the true meaning of Christmas.
Common Themes: Christmas, Believing, Growth, Imagination

In a Word: A young boy spends time with an old man who is responsible for keeping the community’s memories. Along the way, he learns the dangerous truths of the community’s secret past.
Common Themes: Society, Humanity, Memory

In a Word: A young wizard learns about friendship, bravery, love and more during his seven years at Hogwarts School of Witchcraft and Wizardry.
Common Themes: Friendship, Bravery, Magic, Education

In a Word: Three young children are sent off to live with their distant relative, Count Olaf. When they learn he’s a cruel, scheming man, the children escape and embark on a collection of adventures.
Common Themes: Courage, Cleverness, Youth

In a Word: A young girl is adopted by an older couple and quickly becomes the joy of everyone’s life.
Common Themes: Adoption, Friendship, Beauty, Wonder, Language

In a Word: Two stories are woven together, one funny, one bitterswee, to create a heartwarming and compelling story about a girl and her mother.
Common Themes: Loss and Grief, Growth, Mother and Daughter

The Diary of a Young Girl
Anne Frank

In a Word: The diary of Anne Frank, a young Jewish girl who hid in an attack with her family to escape the Nazis during World War 2.
Common Themes: Bravery, History, Judiasm, Language, Beauty, Courage 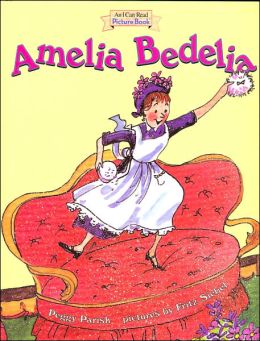 In a Word: A story about a young boy who can never grow up. Both sweet and sad and enjoyable for kids of all ages.
Common Themes: Abandonment, Growth, Aging, Friendship, Family

In a Word: A group of rabbits journey from their home to escape the invasion of man.
Common Themes: Man and Nature, Power, Fear, Freedom

In a Word: A short and sweet story about the love for children and parents.
Common Themes: Family, Love, Loss and Grief, Aging

The Trumpet of the Swan
E.B. White

In a Word: A young swan is unable to trumpet joyfully like his brothers and sisters. When his father presents him with a real brass trumpet, Louis the swan uses it to try to win the affection of a fellow lady swan.
Common Themes: Family, Persistence

The New Kid on the Block
James Stevenson

In a Word: A collection of funny and witty poetry that is a joy for kids of all ages.
Common Themes: Poetry, Humor, Wit

If You Give a Mouse a Cookie
Laura Joffe Numeroff 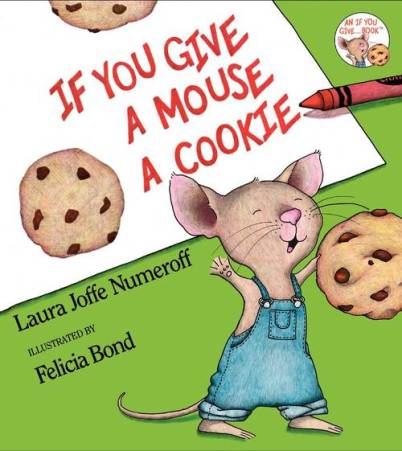 In a Word: A story about how every action equals another action or reaction.
Common Themes: Giving, Action and Reaction