Mad Men…Where Are They Now?

It’s been a little over a year now since AMC’s Mad Men went off the air.  An amazing period drama about an advertising firm in the 1960’s, Mad Men starred such beautiful people as Jon Hamm, Christina Hendricks, John Slattery, and January Jones.  Taking place in a fictional firm in New York, Mad Men helped bring to life some of the most popular advertising campaigns of the time.  Complete with period references, characters, and costumes, Mad Men celebrated a wide span of critical acclaim, including winning 16 Emmy Awards and 5 Golden Globe Awards.  The show was also the first basic cable series to win the Emmy Award for Outstanding Drama Series in each of its first four seasons.  By both critics and fans alike, it’s widely regarded as one of the greatest television series of all time. 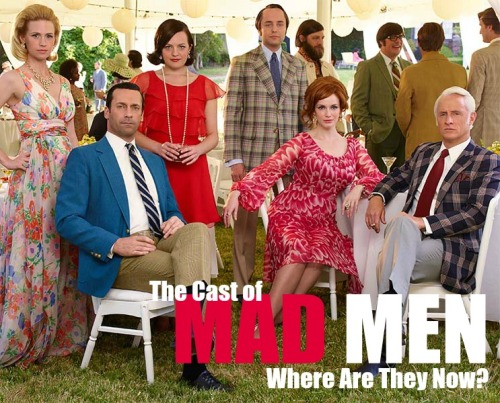 Though she may have played one of the least-liked characters on the show, January Jones (Betty Draper) is actually quite a peach…and it’s her birthday today!!  To help celebrate her birthday and perhaps the role that brought her into the spotlight, here’s a look at what the cast of Mad Men has been up to since the show ended in May of 2015.

The Cast of Mad Men…Where Are They Now? 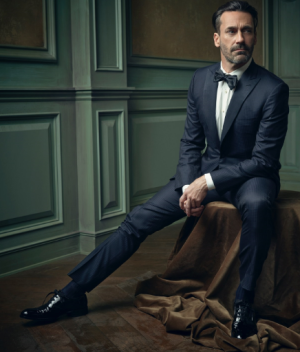 Though Jon Hamm has been acting in small films for a while now, it wasn’t until his role as Don Draper that he started to get noticed.  His performance in Mad Men earned him Golden Globe Awards and an Emmy Award and opened the door for him to do full-length feature films and projects.  After his run on Mad Men, Hamm appeared in a remake of the science fiction film, The Day the Earth Stood Still.  He finally got his first leading role in a film two years later when he starred in the independent thriller, Stolen.  Throughout 2010 and 2011, he had various supporting roles in The Town, Sucker Punch, and Bridesmaids.  Most recently, you can see him on the Netflix original series, The Unbreakable Kimmy Schmidt and in the animated films, Shrek Forever After and Minions.

Curvy and sassy, Christina Hendricks became an instant role model for curvy women after her role as Joan Holloway in Mad Men.  Her performance as a strong female employee in a company dominated by men earned her critical praise, resulting in six Emmy nominations for Outstanding Supporting Actress in a Drama Series.  After Mad Men, Hendricks appeared in the action-thriller, Drive, alongside Ryan Gosling.  She also appeared in the thriller Dark Places.  Just like her character in Mad Men, Hendricks is a gifted accordion player.  Currently, Hendricks can be seen in the film, Bad Santa 2 and has two films as of now coming out in 2017.

Before her role as the tortured Betty Draper, January Jones appeared in a few films, including Anger Management and Love Actually.  She was cast as Betty Draper and appeared as the character throughout the run of the series, a role that gave her two Golden Globe nominations and one Emmy nomination.  After Mad Men, Jones appeared in a handful of other productions and can currently be seen in the Fox series, The Last Man on Earth.  She is also a member of Oceana as a celebrity spokesperson, working to save endangered sharks. 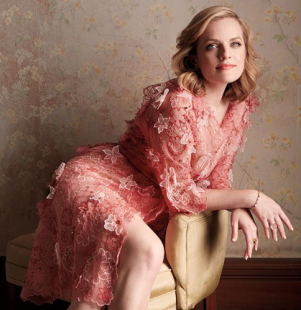 Before her amazing and historical role as Peggy Olson in Mad Men, Elisabeth Moss starred as the youngest daughter of President Josiah Bartlet on the NBC series, The West Wing.  Her part on Mad Men earned her six Emmy Award nominations and one Golden Globe nomination, though she never won either award for her role on Mad Men (though she did eventually win a Golden Globe in 2013 for her part in the miniseries, Top of the Lake).  Since the ending of Mad Men, Moss has performed in several theater productions, including a role in The Heidi Chronicles that awarded her a Tony nomination.  Currently Moss is working on a biopic of the Scottish psychiatrist, R.D. Laing, titled Mad to Be Normal, and is in a film adaptation of The Seagull by Chekov due out in 2017.

Another well-loved actor, John Slattery was the comic relief of Mad Men, playing the womanizing but loveable Roger Sterling.  A long and successful career got Slattery into the spotlight and he continues to celebrate success with almost everything he does.  After Mad Men ended, Slattery went back to film acting, cast as a journalist in the Oscar-winning film, Spotlight.  He also appeared in the Netflix comedy series, Wet Hot American Summer: First Day of Camp with his buddy, Jon Hamm.  An avid athlete, Slattery is a gifted skier and surfer.  Most recently, Slattery played Dwight Eisenhower in the film Churchhill and had a small arc on the TV series, Veep.

Admittedly my favorite character in Mad Men, Vincent Kartheiser played the slimy ad man, Pete Campbell…a role which earned him two Screen Actors Guild Awards.  After Mad Men ended, Kartheiser starred in a film titled A Kind of Murder, but for the most part stayed out of the spotlight.  He sold his penthouse and removed himself from the hustle and bustle of Hollywood and now enjoys what he calls, “simple living”.  He has two movies as of now coming out in 2017 and has appeared on stage in several theatrical productions, including playing Mr. Darcy in an adaptation of Pride and Prejudice.  He’s married to his Mad Men co-star, Alexis Bledel (Gilmore Girls) and they have one son together.

A native of Chicago, Illinois (REPRESENT!!), Kiernan Shipka blew minds with her performance as Don and Betty’s troubled daughter, Sally Draper.  Initially a recurring guest star, Shipka was upgraded to series regular at the end of the third season, due to her well-received performance.  She was named one of “The Most Influential Teens” in 2014 by Time magazine and received two Screen Actors Guild Awards for her performance as Sally.  Most recently, Shipka appeared in an episode of The Unbreakable Kimmy Schmidt and voiced a couple characters in the video game, Marvel Avengers Academy.