A couple months ago, my sister and I got back from an epically splendiferious adventure to Harry Potter World Orlando.  We were completely immersed in the Wizarding World for three magical days.  We sipped butterbeer, got fitted for wands, and dined at The Leaky Cauldron.  We walked through Hogwarts, road the Hogwarts Express, and even took a walk through Gringotts Bank.  It was truly a wonderland for us Potterheads…and I still find myself daydreaming about how much fun we had on that trip.

Needless to say, I returned with a deep desire to jump back into the Harry Potter series.  I’ve lost track of how many times I’ve read Harry Potter, but since I’m now in my 30’s and considered an adult (boo), I tried recording some thoughts that popped into my head as I re-read Harry Potter and the Sorcerer’s Stone.

I also decided to invest in the illustrated editions of the first two Harry Potter books (the third one is due out later this year!), so I’ve also included some beautiful illustrations from the book in case you haven’t seen how insanely amazing this book is…

Despite some of my commentary here, I have to say that I love this series even more now than I did when I first read it.  I think I have a deeper understanding for the language and the story now, and as a student of literature, I feel like I can better understand the depth of the characters and how 3-dimentional they were, even before the first movie came out.

The themes that softly hide under the bigger messages about friendship and bravery are what really make this series for me, particularly in Sorcerer’s Stone.  The Mirror of Erised chapter still remains one of my favorite parts of the series, and Dumbledore’s simple message, “It does not do to dwell on dreams and forget to live…”, has stayed with me since the moment I read it all those years ago.

Harry’s struggle to accept the fact that his parents are dead also hit me in a different way this time…as I felt like I could relate to Harry in a way I couldn’t before.  What I originally thought was an annoying quality in his character had morphed into something much more understandable this time around, and I found myself sympathizing with Harry, perhaps even relating to him.

Why didn’t Hagrid tell Harry how to get onto the platform?

If Voldemort truly wanted to kill Harry, was a spell REALLY necessary? I mean he was one year old!

How did NO ONE see a whole slew of wizards running into a wall in the busy London underground?

What is the point of bringing a toad to Hogwarts?

Is there a deeper meaning to “Nitwit! Blubber! Oddment! Tweak!”? Am I missing something?  TO POTTERMORE!!  (the theories on this are a bit of a stretch…but interesting!).

How do they keep track of House Points? Are Professors responsible for keeping track of how many points they give and take?

Can we just agree that the Remembrall is literally the most pointless invention ever?

Did Hermione rock out to The Spice Girls?

How can Harry be the greatest Seeker in a century and not be able to catch an envelope from an air full of envelopes?

I would just like to point out that in the illustrated version of Sorcerer’s Stone, you can see that there’s a beer shop under the bookstore.  This, IMHO, is brilliant.

Dumbledore: “And finally, I must tell you that this year, the third-floor corridor on the right-hand side is out of bounds to everyone who does not wish to die a very painful death.”  Da-fuk kind of school is this?

The first-years were 11 when they just left their homes for like 8 months of the year. Did any first-years have separation anxiety from their parents?

Does Hogwarts have a fine arts program?

Why would anyone play Quidditch? Like, seriously…this game seems suuuuper deadly.

If every door in the castle can be opened with ‘Alohomora’, including the one with the 3-headed dog behind it, why do these doors even have locks on them? Take a lesson from Gringotts, guys!

Man, it takes a long time for this wizard trinity to become official friends.

The Mirror of Erised is still one of my favorite Harry Potter chapters.

HOLD ON…Harry gets caught out of bed at night and gets 150 points taken away from Gryffindor AND has detention in the Forbidden Forest AND has to face Voldemort?? He only got 10 points for saving Hermione’s LIFE!  Someone NEEDS to sort out her priorities!

How does the Sorcerer’s Stone even work? How does it turn any metal into gold and produce the Elixir of Life?  Is this like a stone soup thing?

How did Quirrell survive with a face on the back of his face? How did he shower or sleep or poop? 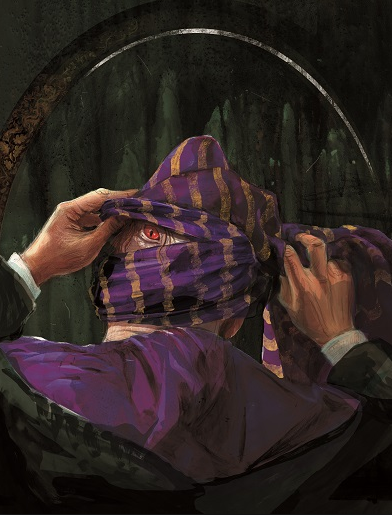