Remember this scene in The Office where Dwight tortures Jim with a bunch of snowmen?

Now add an alcoholic police investigator, an insane killer out for revenge, and a few body parts tucked comfortably into those icy cold torsos and you’ve got Jo Nesbo’s crime thriller, The Snowman. 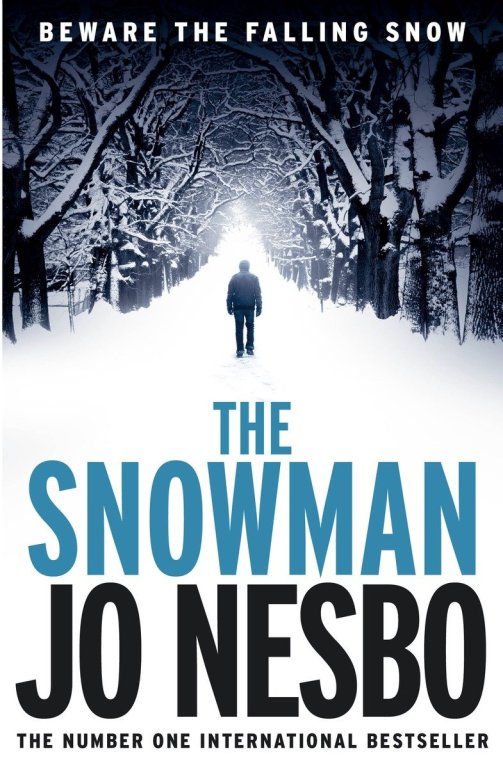 The inspiration behind the recent film of the same name (which SUCKED, by the way), The Snowman is the seventh novel in the Harry Hole detective series, but you don’t have to have any prior knowledge of his books to enjoy this one.

Set in Oslo, Norway, The Snowman is a murder-mystery thriller that will leave you questioning everyone in this story.  Just when you think you have the murderer pegged, something changes and you’re left right back where you started…and you’re not alone.  Police investigator, Harry Hole, is left just as confused…for the closer he gets to the killer, the terrifying game the killer is playing with him is suddenly revised.

Always striking after a fresh snowfall, the killer chooses his victims specifically and with reason…then leaves clues for the police buried inside a freshly made snowman.  Some snowmen sport decapitated heads, others hold cell phones or scarves.  The victims all have something in common…the only question is what?

Though this book was somewhat slow to start, once it got started, The Snowman was impossible to put down. Fiercely suspenseful, this novel is filled with amazing characters that seem to come to life right on the page. I have to admit that this book had me guessing the whole time and the ending was totally worth the wait, if I do say so myself!

Now, if you’re the kind of person who thinks, “Why read the book when I can just see the movie?” do yourself a favor and actually read the book this time.  The movie makes the killer way too obvious and leaves out MAJOR plot holes that heavily drive the story along in the novel.  Even though Michael Fassbender is in it, I’m telling you it’s not worth it.  Watch him in Shame instead.  Trust me, you’ll thank me later.  😉

A cold-blooded murder mystery thriller that will have you looking twice at any snowman that pops up in your neighborhood, The Snowman is a creep-tastic novel that will chill you to the bone.  Bundle up for this one…just like the first snowfall of winter, this book will leave you cold and shivering.