A close relative of the honeybee, bumblebees are essential in pollinating flowers and plants that provide humans with most of the produce we eat today. They are usually found bumbling around forests, meadows and gardens, their fuzzy bodies full of delicious pollen and nectar.  As a matter of fact, nearly a third of all the food we eat depends on their pollination and the pollination of their brothers, the butterfly.

For some reason, several pollinators – including the bumblebee – are facing severe extinction…and scientists are struggling to figure out why (pesticides, food availability or mites might be contributing factors). Since so much of our survival and the survival of the rest of the animal kingdom is dependent on these furry little flyers, it’s so incredibly important to do what we can to keep these little buddies alive.

In 2014 Whole Foods removed all of the fruits, vegetables and dairy products dependent on pollinators from its assortment to create a striking visual of what our grocery stores and supermarkets would look like without the bumblebee:

DAIRY, BEFORE AND AFTER:

PRODUCE, BEFORE AND AFTER:

Quite a difference, right?

Doing your part to save the bumblebee is as easy as planting some flowers in your garden and not using harmful pesticides on your growing produce. These bees are bred and born to keep the world turning and without them, humanity – and life as we know it – is bound to suffer.

If you want to learn more about the bumblebee and what you can do to help this little harmless creature survive, check out these 18 buzzworthy facts about bumblebees!

The world’s largest bumblebee is the Bombus dahlbomii of South Africa. The queens (bottom left) are described as looking like flying mice. 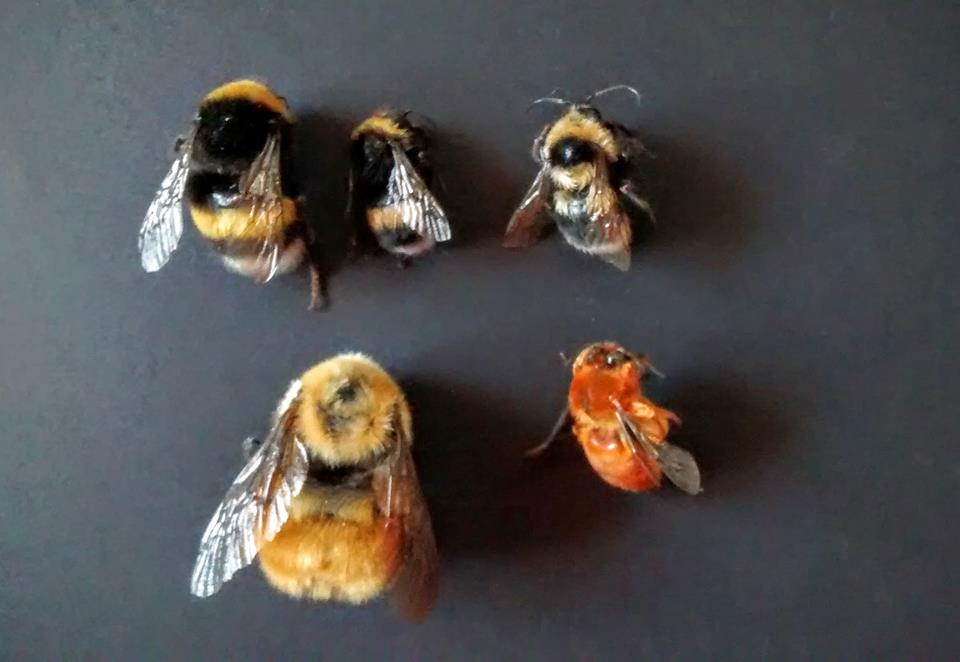 Bumblebees are among the most social creatures in the animal kingdom. 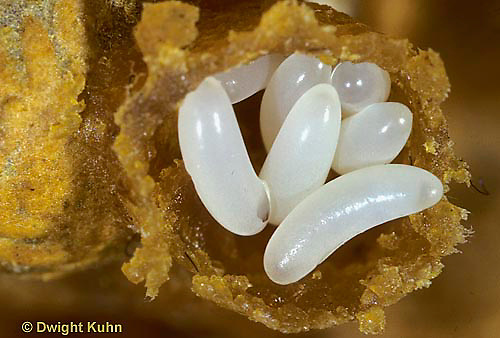 A bumblebee flaps its wings 200 times per second.

Because of their super high metabolism, bees have to eat almost continuously. A bumblebee with a full stomach is only ever about 40 minutes from starvation.

Honeybees are the only bees that die after they sting you. A bumblebee can sting you twice, however male bees do not have stingers and females aren’t that aggressive, so unless you really irritate a nest, you should be safe from bumblebees.

A typical bumblebee nest has about 300 to 400 worker bees, much less than a honeybee or wasp nest, which could have upwards of tens of thousands of workers. 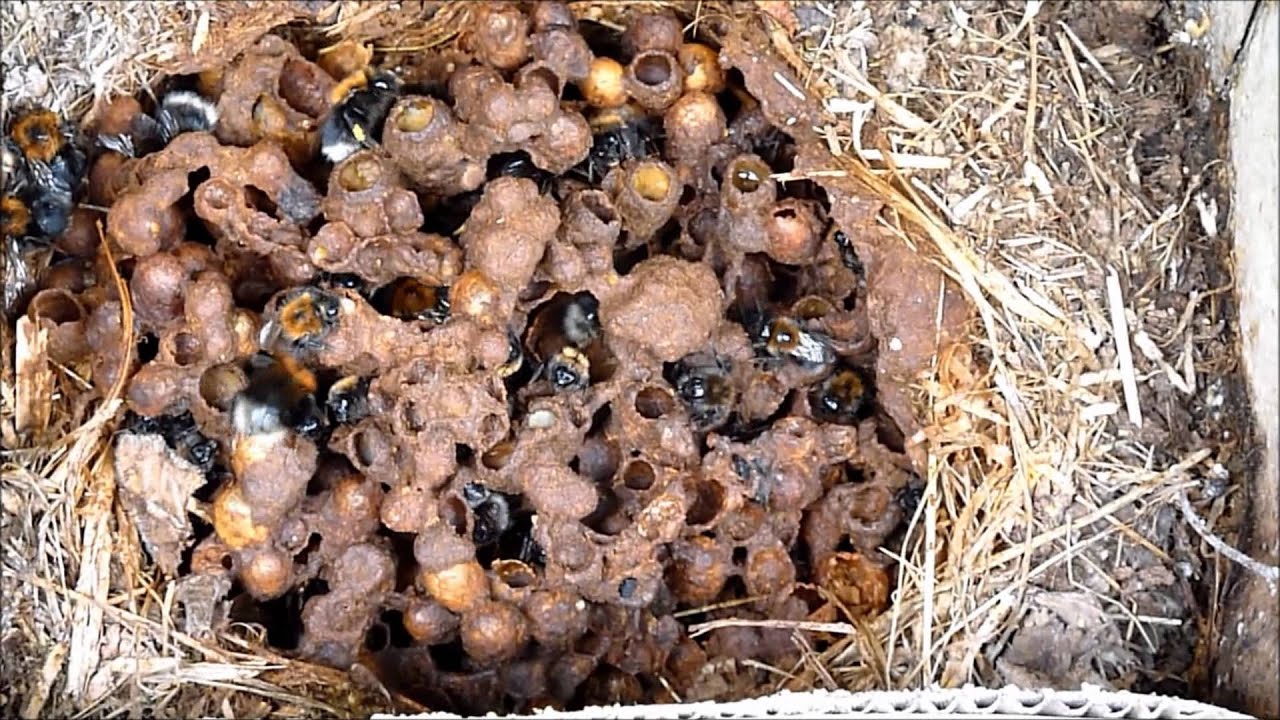 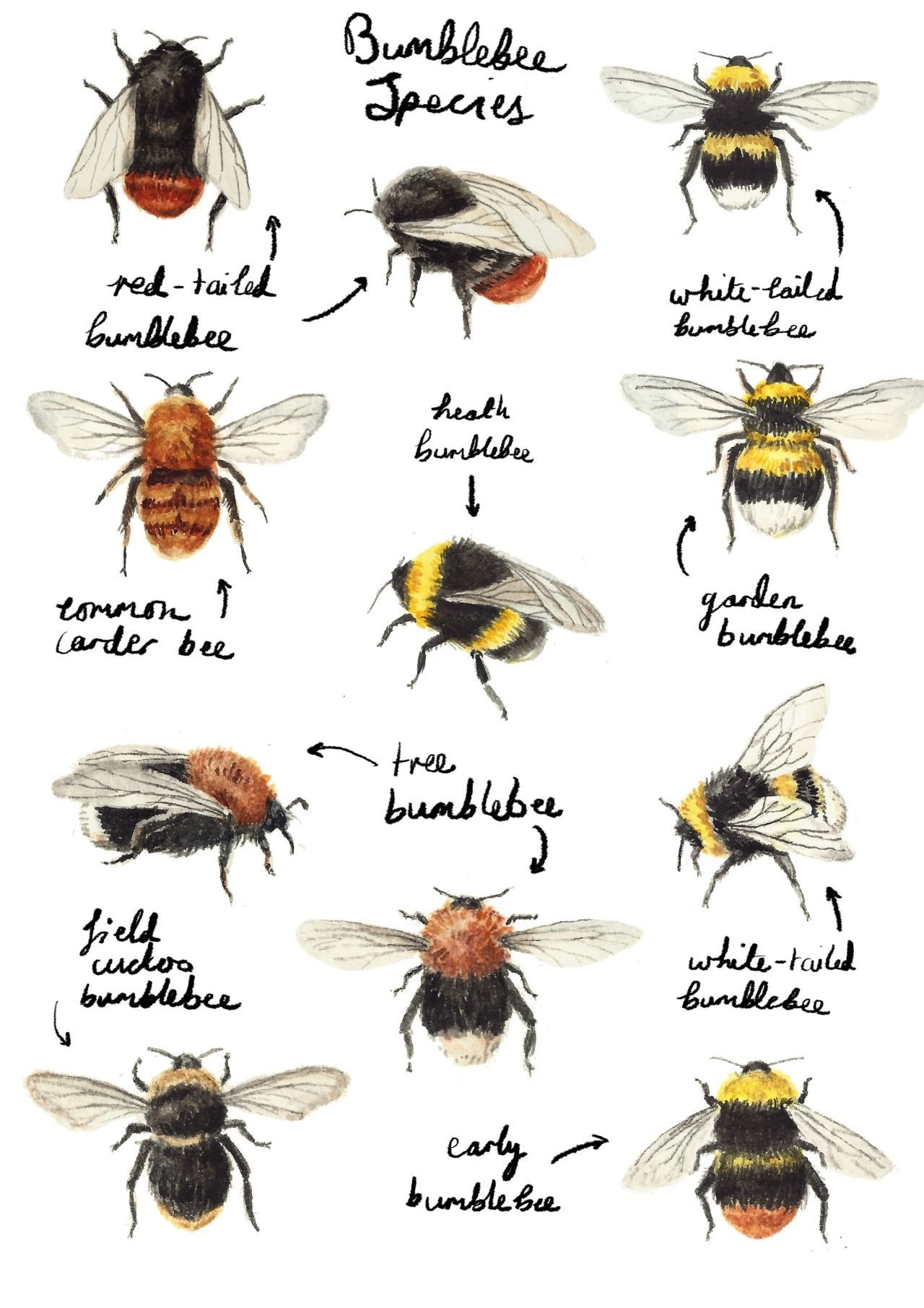 The queen is the only bee that survives hibernation and she’s left to create a colony by herself. Sperm stored up from mating the previous summer survives in her ovaries, ready to fertilize her eggs once she’s finally able to nest.

To produce a male bee, a queen as to lay an unfertilized egg. To have female bees, which make up most of the workforce, an egg must be fertilized.

To safely pick up a bee, scientists use a device called a pooter, which allows them to study them without harming them. The mesh covering insures that the bee won’t fly into the scientists mouth.

When bees land on a flower, they leave their chemical signature behind from the oils on their feet. Other bees can smell those oils and know not to land on the same flower because it’s already been pillaged.

If a bee’s nest gets too hot, worker bees post themselves near the entrance and fan the hot air out with their wings…like a little A/C unit. The ideal temperature for a nest is 86 degrees F. If it rises above 111 degrees, the bees will die.

Bumblebee nests are often in the ground or made of piles of leaves. They can also use abandoned nests of birds or mammals.

The surname Dumbledore from the Harry Potter series is an old name for ‘bumblebee’. Bumblebees are mostly attracted to blue and violet flowers.

The lifespan of bumblebees is pretty short. Drones, which are used mainly to fertilize the Queen, die immediately after reproduction. Worker bees can survive a couple months. A Queen can live up to one year.

One way you can immediately help preserve the bumblebee population is to plant wildflowers in your garden.

2 responses to “18 Buzzworthy Facts about Bumblebees”