Life in the 60s was a rip-roaring time. Creativity was at an all-time high, the young generation influenced everything from fashion to advertising, and new technology paved the way for a title wave of movements, protests, commercials and TV shows.

However, if you were a women looking to join the workforce, it was a very different world. Sexism ran rampant. Jobs were often limited to being a secretary or an assistant. For most women, having a job was something fun to do until she was able to settle down and start a family…but for some women, a job meant money, freedom, a reason to get out of bed in the morning. And for an even lesser few, a job was everything.

Fans of AMC’s Mad Men know this all too well. Betty Draper (January Jones) tries joining the workforce again but leaves when she realizes she can’t get dinner on the table in time. Joan Harris (Christina Hendricks) takes her job as office manager very seriously, but is constantly berated by inappropriate gestures and comments. But Peggy Olsen (Elizabeth Moss) is the exception. Olsen starts her career at Sterling Cooper as a young secretary, then falls into a copy gig where she writes ads for free on her own time. She eventually fights and claws her way through the corporate jungle to have a permenant spot on the copy team and eventually even works her way up to copy chief.

But how real is Olsen’s story? When we know women were treated like second-class citizens, especially in the office environment, how believable is it to think that a woman could come to take on her own agency some day? As it turns out, it’s actually pretty believable. 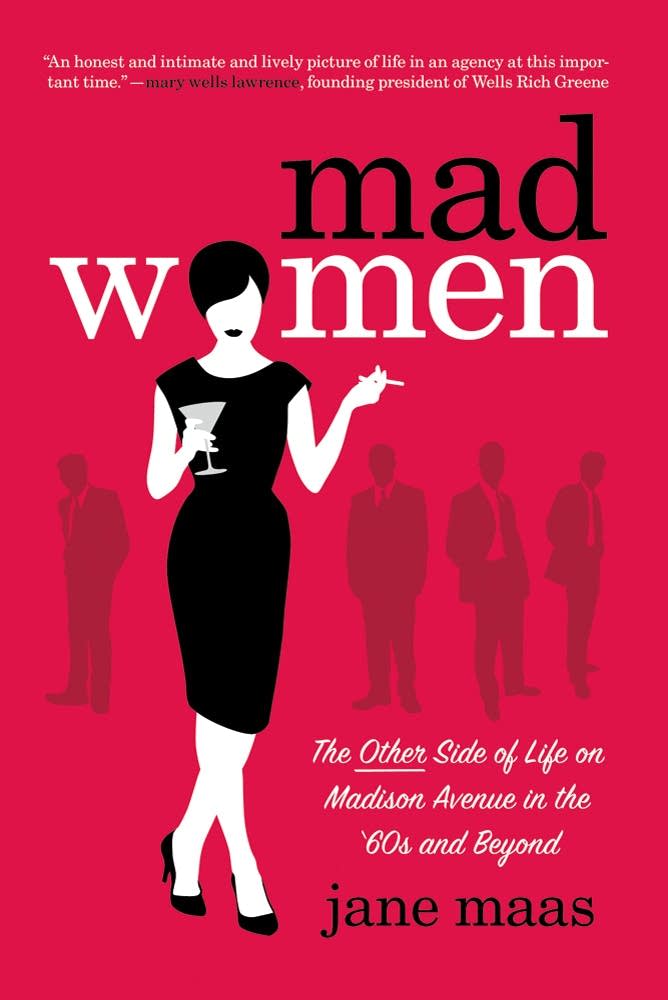 In her book, Mad Women: The Other Side of Life on Madison Avenue in the ‘60s and Beyond, Jane Maas discusses her rise to fame, starting as a copywriter and fighting her way up the ladder to become a creative director and industry leader.  A snarky and fun book that moves at a quick pace, Mad Women sets out to tell the other side of what was going on in those sky-rise buildings in downtown Manhattan.

For us younger readers, this is a first-hand account to the sexism our mothers and grandmothers endured as the price of entry into American professional life. Not only does it showcase Maas’s slow and steady rise to fame, but also covers other important issues of the time, including unequal pay, unfair treatment, and the choices many women faced, either by choice or force, between motherhood and their careers.

But this real-life Peggy Olsen story covers some fun stuff, too! Fans of Mad Men often wonder, was there really that much smoking and drinking in the office? Did people really have sex at work? And did account men really take clients out for 3-hour martini lunches? According to Maas, the answer to all these questions is a resounding YES.

With true accounts from the inside and stories that might even make Don Draper blush, Mad Women is a love letter to the women who fought to make something of themselves in a world that had them pigeonholed into homelife. Maas tells her story with great poise, offering credit where credit is due and acknowledging those who helped pave her way (and knock her down).

Like Mad Men, she doesn’t shy away from what made that era so unique. Yes, sexism was rampant and yes, smoking and drinking was permitted pretty much everywhere, but whether you were a creative director or a junior copywriter, there was no denying that advertising in the 60s was nothing if not a freaking grand time.