Any true Yooper will tell you, there’s nothing more iconic about the Upper Peninsula than a pasty. 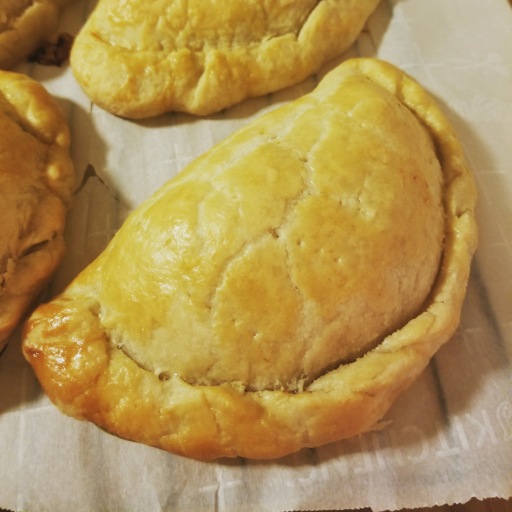 A savory pastry dough stuffed with meat and potatoes, the pasty was developed as a way for miners to have a good, hardy lunch while working underground. The pasty can be eaten warm or cold and the thick, twisted crust was used as a handle of sorts that would be thrown away so miners could hold their food without having to worry about their dirty hands.

Today you can still find pasty shops all over the UP, and most of them come with a variety of fillings; however, you just can’t go wrong with beef, potatoes and rutabaga. 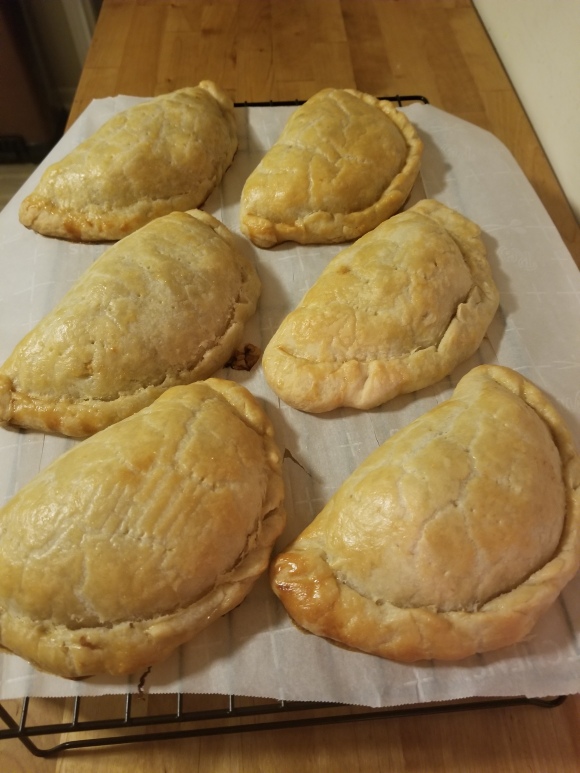 I’ve had several pasties in my years spent up in the UP and they really are a tasty and filling meal. Not only that, they’re actually quite easy to make at home!

I made these pasties in a couple hours and they made great lunches and dinners throughout the week. Serve with a salad or just enjoy on it’s own…it’s certainly enough to fill you up!

For the crust: Combine lard with 1 cup water. Melt on low heat until everything is incorporated and liquid is hot.

In separate heat-safe bowl, combine 3 cups flour and salt. Gradually add the hot liquid to the flour and stir until a very soft dough is formed. Cover and refrigerate until dough is cool, about 2 hours.

For filling: Chop red potatoes, rutabaga, carrots and onion into small 1/8 in. cubes. You’ll want everything to be a uniform size so it cooks through properly.

To assemble: Divide dough into equal portions (I weighed and divided the dough and got 8 portions with this recipe). On a floured surface, roll out one portion at a time into a 7 or 8 in. circle. Add about 3/4 to 1 cup of filling to center of dough. Moisten edges with water, then carefully fold dough over filling and seal edges. You can use a fork for easy sealing or do the traditional twisted crust by folding the dough over itself from one end to the other.

If your dough is still too soft, add more flour. I ended up having to add about a cup of flour after the dough cooled to get it to the right consistency. It should be soft, but workable.

Place pasties on an ungreased baking sheet. If desired, you can do an egg wash for a little color, which is what I did. Poke several holes in each pasty with a fork.

Bake at 350 degrees F for about 1 hour. Cool slightly before serving.

If you end up with extra filling, pour it in a skillet and cook up a hash for breakfast! I can say from experience, it’s DELICIOUS.