There are few movies that hit me right in the gut like It’s a Wonderful Life. It’s the only holiday movie I can only watch once a year because my delicate emotions just can’t handle more than that.

That being said, It’s a Wonderful Life is up there as one of my favorite movies ever. There’s something so honest and raw about it, something in George Bailey that just gets to me every time.

Ironically, though it’s a beloved classic today, It’s a Wonderful Life was considered a bit of a flop when it first came out. It didn’t make back it’s large $3.8 million budget and though it boasted casting several Oscar winners, it wasn’t until several years later that the movie found the following it was looking for back in 1946.

If you find yourself in the holiday spirit, you’re going to love these enduring fun facts about one of the best holiday movies of all time, It’s a Wonderful Life…

In the scene where Donna Reed throws a rock through the window of the Granville house, director Frank Capra hired a marksman to shoot the window out on cue; however, Reed broke the window herself. She played baseball in high school and had a strong throwing arm.

As Uncle Billy drunkenly leaves the Bailey home, it sounds as if he stumbles into some trash cans on the sidewalk. In fact, a crew member dropped a large tray of props right after Thomas Mitchell went off-screen. James Stewart began laughing, and Mitchell quickly improvised, “I’m alright, I’m okay!” Director Frank Capra decided to use this take in the final cut and gave the stagehand a $10 bonus for “improving the sound.”

The gym floor that opens up to reveal a pool was real. It was located at Beverly Hills High School in Los Angeles.

James Stewart was nervous about the phone scene kiss because it was his first onscreen kiss since his return to Hollywood after the war. Under director Frank Capra’s watchful eye, Stewart filmed the scene in only one unrehearsed take, and it worked so well that part of the embrace was cut because it was too passionate to pass the censors.

Director Frank Capra said It’s a Wonderful Life is one of his favorite films.

While filming the scene in which George prays in the bar, James Stewart was so overcome that he began to sob. Frank Capra later re-framed and blew up the shot because he wanted to catch that expression on Stewart’s face. This is why the shot looks so grainy compared with the rest of the film.

The set of Bedford Falls was constructed in two months and covered four acres of land, one of the longest sets in American movie history. It included 75 stores and buildings, a main street, a factory district and a residential and slum area. 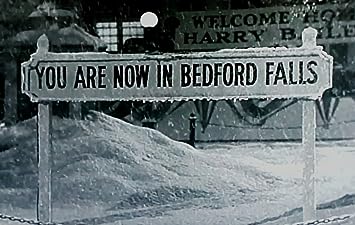 Main Street itself was 300 yards long – about 3 city blocks.

Capra created a new “snow” for this film, using foamite, soap and water. This quiet snow would allow the team to record the sound live. Previous to It’s a Wonderful Life, snow was made using Cornflakes that had been painted white, which were so loud that dialogue had to be dubbed in later.

A photograph of James Stewart at 6 months old was donated by his parents and included in the film set.

Though a beloved holiday tradition today, the film was considered a flop when it first opened in 1946.

Today it’s ranked as the #1 Most Inspirational Movie of All Time by the American Film Institute.

The scene on the bridge where Clarence saves George was filmed on a back lot on a day where the temperature was 90 degrees Fahrenheit. This is why James Stewart is visibly sweating in a few scenes.

James Stewart cited George Bailey as being his favorite character he ever played, but stated in several interviews that Harvey (1950) was his favorite movie he starred in.

In the scene at the dance in the high school gym, when George Bailey first sees Mary and approaches her, the young man talking to Mary is “Alfalfa” of Little Rascals fame in the uncredited role of Freddie Othelo.

The part of George Bailey was originally developed at another studio with Cary Grant earmarked for the role. When Frank Capra inherited the project, he rewrote it to suit Stewart.

The entire film was shot in 90 days.

George says he hopes to go to college to “learn how to build things”. In real life, Stewart majored in architecture at Princeton University. 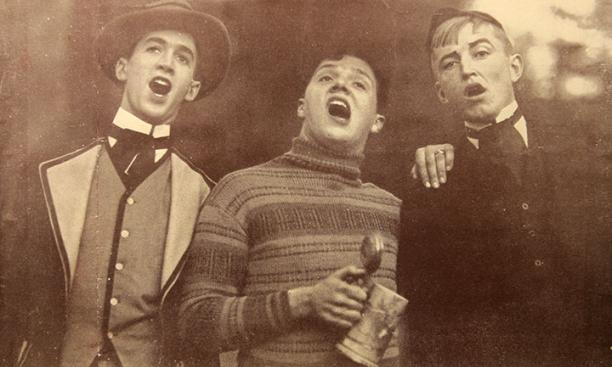 Henry Travers, who plays Clarence, also stars in The Bells of St. Mary’s (1945) as Horace P. Bogardus. When George Bailey passes a movie theater towards the end of the movie, that film is being showcased.

The scene on the famous poster of George holding Mary in the air is never shown in the film. 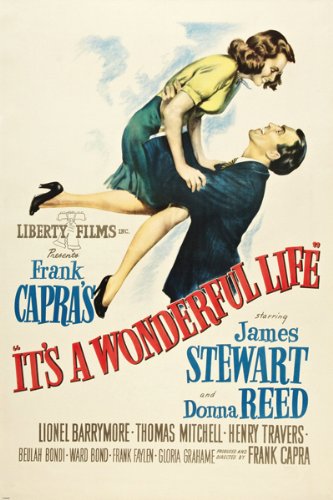 Capra was said to have gotten the idea for the film from a Christmas greeting card.

Mr. Potter is never caught as the thief who embezzled $8,000, which apparently he got to keep. This was unusual for a Hollywood film of the time as criminals were often required by censorship to be punished or made to repent. 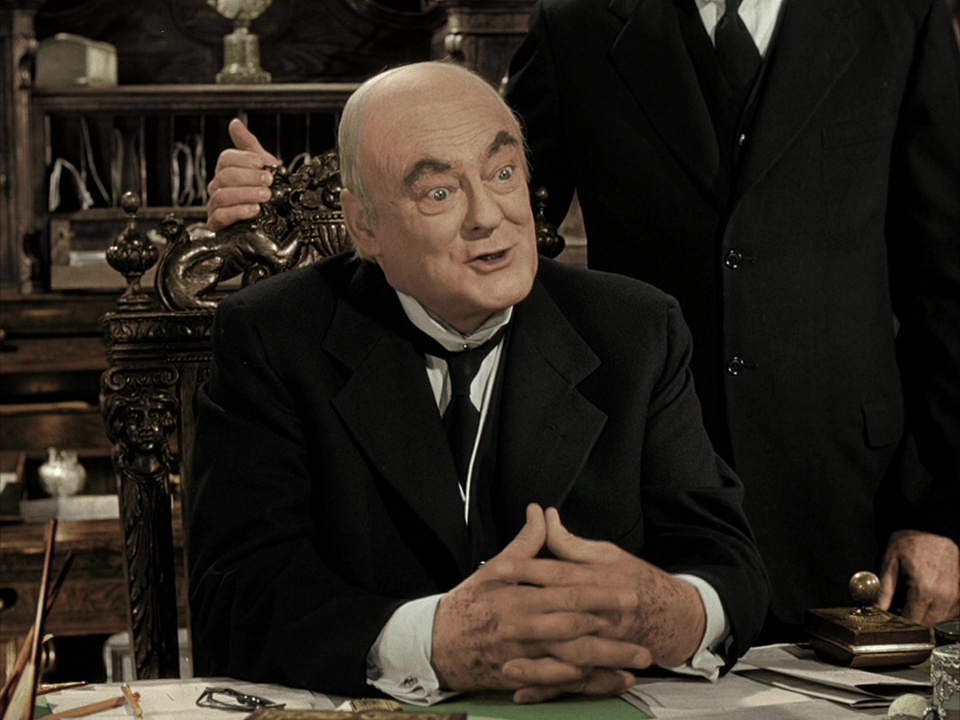 Over the course of the film, there are 42 bell chimes…meaning 42 angels got their wings!