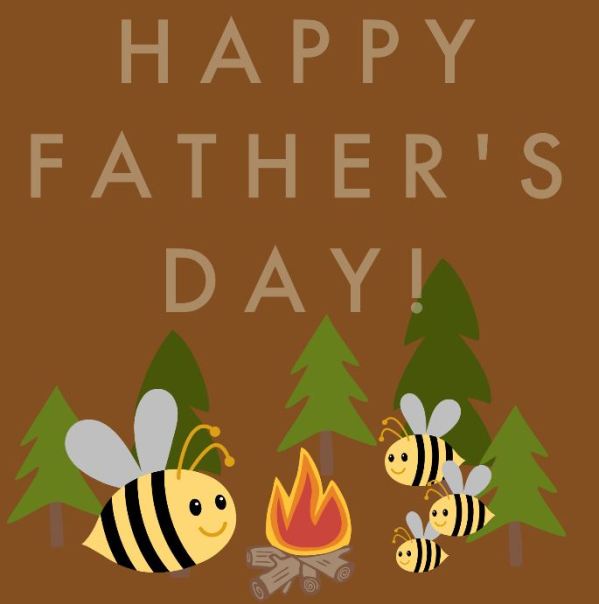 There are a few things every great dad needs: a meaningful daily coffee mug, a killer spice rub, and a good quality dad joke.

This Father’s Day, treat your pop to something not only useful, but handmade! With ideas for beer-loving dads, nerdy dads, corporate dads, and fixer-upper dads, here are 8 DIY Father’s Day Gifts that are sure to get you dad’s seal of approval! 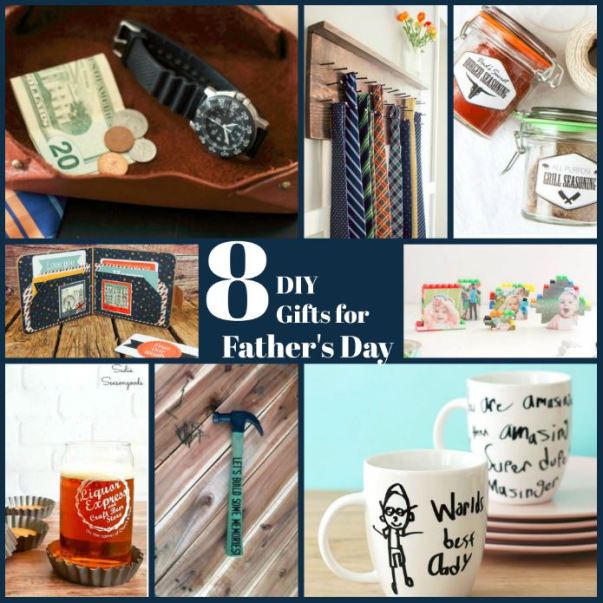 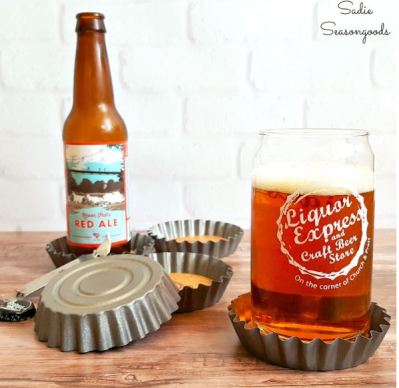 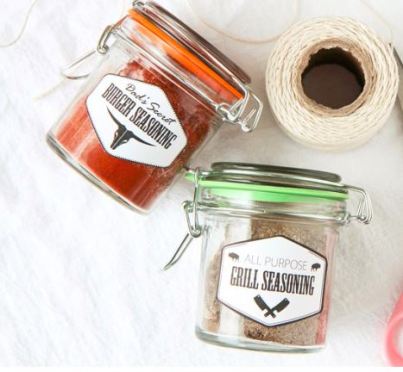 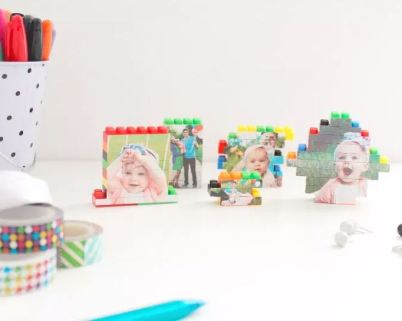 Okay, here’s my say on Father’s Day.  My dad is awesome.  I know everyone says this, but seriously, he’s the best dad in the world.  However, he’s totally not into the typical “Father” stuff that Hallmark and various chain consumer stores seem to think men are into:  he doesn’t drink, he doesn’t sit around all day scratching himself, he doesn’t golf, he doesn’t have the TV remote duct taped to his hand, he’s not a gun-nut, and he’s not clueless about anything.  In fact, he’s one of the smartest men I know.  So what do I do for a father who is not a typical Father’s Day father?

Today I want to talk about options.  I want to talk about gift ideas for the fathers, grandfathers, uncles, brothers, and brother-in-laws that are out of the box, that are new, that are meaningful and thoughtful.  Some of them we’ve done for my dad, since he is an out of the box kind of guy…and some are ideas I’ve seen or thought of while brainstorming for Christmas or birthdays.  So I hope this makes your shopping a little easier, and helps ensure that the men in your life are thanked this year, not criticized.

DADS WHO NEED TO RELAX:

If your dad needs a break from the everyday, take him on a weekend getaway.  Last year, we drove my dad up to Delevan, Wisconsin…which is only about an hour from our house…but it was still just as good as a vacation.  We went to old book stores, took a boat ride in the lake, and enjoyed some local cuisine.  We left on a Friday night and spent the weekend there, returning early Monday morning…so no one had to miss a lot of work and it was just enough time for everyone to refresh their batteries.

What about those guys who are brand new to fatherhood?  What to they need?  Chances are, sleep.  Why not give new dads a weekend to recharge by calling up the babysitter and taking him on a wine tour?  Or send him to the movies with his buddies.

One word here:  Netflix.  For the price of one movie theater ticket a month, dad could have 2 DVD’s shipped to his home and watch unlimited movies online.  I’m telling you, Netflix is the wave of the future and if you don’t have it, I’d highly suggest it.

If your dad isn’t into ESPN and all things sports, chances are he might be into books, theatre, or cuisine.  If that’s the case, do some research and see if you could find some antique book stores around you and take dad there to rack the shelves on your dime.  Or do some research and see if his favorite author is doing a book signing anytime soon.  If he’s into theatre, there are some awesome deals on cheap priced tickets.  Ebay is a great source, as is stubhub.com.  If he’s seen all the big name shows, check out some local theatres and see if it would be worth it to get him a membership.  Finally, if food is his forte, find a cook book with recipes you know your family would love.  Flag those pages and gather the ingredients for some of the recipes.  Assemble the whole thing in a package and present it as a date for the whole family to have fun in the kitchen.  Or, if you’re thinking of something more romantic, send the kids to grandmas and finally have that romantic dinner you’ve been talking so much about.

DADS WHO ARE HARD TO PLEASE:

What about the dads who have everything?  Why not donate the money you were going to spend to a charity that supports one of his hobbies?  For Christmas last year, I “adopted” a polar bear family in my brother’s name, who wants nothing more than to be a wildlife photographer.  He loved the gift and it was something that was touching to both of us.  No matter what your dad is into, be it the traditional or non-traditional, you could find a group that supports it…and if the money is going to support something your dad likes, how can he not love the gift?

DADS WHO HAVE BEEN DADS FOR A WHILE:

If your husband has been doing the job of fathering for a good time now, why not give him the gift of you?  Reinstate weekly date nights and make time for each other.  Watch a movie together…cook a meal together…or go for a walk as the sun is setting.  Trust me, even the guy’s guy would love this gift.

No, not hunting.  If your man is into photography, why not get a membership to your local botanic gardens?  Here in Chicago, a year-long membership to the Botanic Gardens pays for itself in 2 visits…and there are often concerts and wine tastings that go on throughout the year.

This is a no brainer.  If your dad loves the great outdoors, what better way to say Happy Father’s Day than to take him camping?  Or if he likes adventure but isn’t really what you would call a boy scout, you could take him to an adventure park (like Six Flags) and let him embrace his inner child.

Okay, I know this is pretty much every dad, but for those who really love spending time with family, here’s a great way to do it:  granted, this largely depends on what your dad does and how close he is with his boss, but we did this with my dad a couple years ago and it was so much fun that I just have to pass it along—we called my dad’s boss the Friday before Father’s Day and told him that we were planning to surprise my dad by spending the entire day with him on the Monday after Father’s day…so we were wondering if he could have the day off that day.  His boss was so moved that he granted him the day off and on Father’s Day, we surprised my dad by telling him he didn’t have to go in Monday and we were taking him out on the town (this was especially fun because it was one of the first times all three of his kids were in town at the same time).

If your dad doubles as a mom, too, he should get extra thanks for all his hard work.  I know a few people who have been raised by a single parent and those parents deserve all the credit in the world for what they do (and what they can’t do) to help raise their kids.  Anyway, for those who are the product of a single father, why not write a letter or make a scrapbook of your time together to show your dad how much you care.  I know my dad is as manly as they come, but he’s a total sap for that kind of stuff.  Trust me, it would be greatly appreciated.

Phew!  My brain is starting to hurt!  I hope this gives you some good ideas for Father’s Day.  I’ll continue to wrack my brain throughout the day and let you know if I come up with any more ideas!

An early Happy Father’s Day to all!