Just about 10 years ago (June 27, 2008) a little robot rolled his way into the hearts of Earth-lovers the world over. With his loveable personality and deep desire to form a true emotional connection, WALL-E found his cozy little spot in everyone’s heart.

One of Pixar’s more successful films, WALL-E tells the story of a little trash compactor trying his best to clean up a deserted garbage-ridden planet. Told mostly using visual storytelling, WALL-E combines various sounds and effects with Pixar’s innate ability to showcase expression through body language for a story that speaks to humankind about the importance of protecting our planet.

To celebrate its near 10-year anniversary, here are 18 Fun Facts about WALL-E!

WALL-E and R2-D2 are played by the same actor…legendary sound designer, Ben Burtt. He’s also worked on E.T. the Extra-Terrestrial and the Indiana Jones series.

He created a library of 2,400 unique sounds for the film, the largest of all his films by far.

Writer-director Andrew Stanton was inspired by Alien while working on WALL-E. As a matter of fact, Alien actress Sigourney Weaver voiced the main computer on the starliner Axiom.

Not surprisingly, WALL-E’s distinct look was inspired by a pair of binoculars.

The Hello, Dolly references are all in the family. Thomas Newman, who composed WALL-E’s score, is the nephew of composer Lionel Newman, who was the co-composer for Hello, Dolly.

Though he’s never named in the film, WALL-E’s cockroach friend is named Hal, a reference to 1920’s producer Hal Roach and the computer in 2001: A Space Odyssey.

Legendary cinematographer Roger Deakins helped producers and designers make WALL-E look like it was filmed with an actual camera, rather than existing in some “computer space”.

Like any great Pixar film, there are Easter eggs galore! Keep an eye out for Hamm and Rex from Toy Story, Mike Wazowski from Monsters, Inc., the Pizza Planet truck, and many more.

The Pixar team watched Charlie Chaplin and Buster Keaton films during lunch every day for about a hear and a half to inspire the possibility of visual storytelling.

WALL-E is the first Pixar film to be nominated for 6 Academy Awards.

The last piece of debris that clears away from WALL-E as he leaves Earth’s atmosphere is the Russian satellite Sputnik I, which was the first man-made object to be placed in Earth orbit.

The name of the ship where the human race lives, Axiom, translates into something unquestionable or taken for granted.

At the end of the DVD, WALL-E fixes a broken lightbulb in Luxo with a newer energy-friendly spiral tube fluorescent light bulb.

EVE was co-designed by Apple’s Senior Vice President of Industrial Design, Jonathan Ive, the man responsible for the design of Apple devices.

The Axiom Starship was heavily inspired by huge ocean liners, like the Disney Cruise Liner.

Every girl may dream of becoming a Disney princess, but not every girl can…

Not even ELSA made the final cut, you guys. The stakes are high.

Some female protagonists, even those that hold the “princess” title, may not be included in the Official Disney Princess lineup. This could be because of one of several reasons: they are not marketable, their film did poorly at the box office, they are too young, they are not human, etc. In the case of Elsa and Anna, their franchise (Frozen) was so successful on its own that Disney figured they didn’t need to be part of the lineup. Tough break, ladies. Apparently it IS lonely at the top.

Those lucky enough to make the cut were: Jasmine (Aladdin), Rapunzel (Tangled), Snow White (Snow White and the Seven Dwarfs), Mulan (Mulan), Aurora (Sleeping Beauty), Cinderella (Cinderella), Pocahontas (Pocahontas), Tiana (The Princess and the Frog), Belle (Beauty and the Beast), Arielle (The Little Mermaid) and Merida (Brave). For the rest of us poor, unfortunate souls, we can only dream of joining the official ranks!

One way to pretend you’re BFF’s with Mulan and Belle is to have a grown-up Disney Princess party! With these grown-up treats, you can create a whole new world of magic and childhood giddiness! Just remember to wrap everything up by midnight…mostly because, let’s be honest, we’re all gonna be passed out anyway…

Use the flavor of Jasmine to ice these delicious Vanilla Cupcakes with Jasmine Buttercream. Hopefully everyone can try one before Abu snatches them away!

Entice guests to the west side of your kitchen with these blooming Apple Roses. A soft sprinkle of confectioners’ sugar makes these sweet flowers irresistible to curious minds.

She may have been trapped in a tower, but home girl certainly knows how to work a skillet! Serve up these tasty Rapunzel Braids in a cast iron skillet…or use the skillet to make a decadent chocolate chip cookie to enjoy with friends (or by yourself!).

Life is better under the sea…and these Oyster Pearl Cookies are a sweet bite of better living! Don’t forget to serve them with a dinglehopper!

Nothing says New Orleans like beignets. Coated with sweet confectioners’ sugar and a delightful mess to eat, these southern staples will help you catch your man in no time!

This Dutch Apple Pie certainly isn’t poisonous…though you might want to tell people it is so there’s more to eat for yourself! Topped with tasty vanilla (or cinnamon) ice cream, this pie is a must for any princess-themed party!

These little Clementine Pumpkins can be eaten before, during, and after midnight without any risk!

Here’s a fun play on Sleeping Beauty’s pink/blue dress. These Pink and Blue Macarons are so cute and colorful…and they’d be even more on point if you mix the batter colors before piping your cookies!

These Big Brown Bear Cookies are perfect for Merida fans! Use a brownie mix to make your cookies, then add nails with slivered almonds for a ferocious cookie worthy of royalty.

First of all, #hairgoals. Second, Native American Fry Bread is a great way to honor this beautiful Disney princess. A great accompaniment to stew or soup, this fry bread may not be all the colors of the wind, but it’s all the flavors of delicious.

Nothing goes better with tea than these delicious Chinese Almond Cookies. A traditional Chinese dessert, these sweet and crunchy cookies are sure to bring honor to your party!

“The human world…it’s a mess.”
–The Little Mermaid

“Know that I am with you the only way that I can be.
Until you’re in my arms again – remember me.”
—Coco 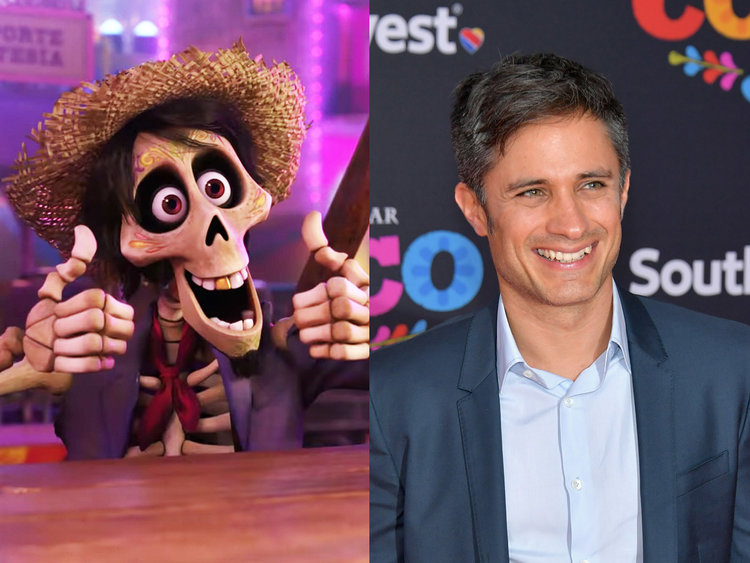 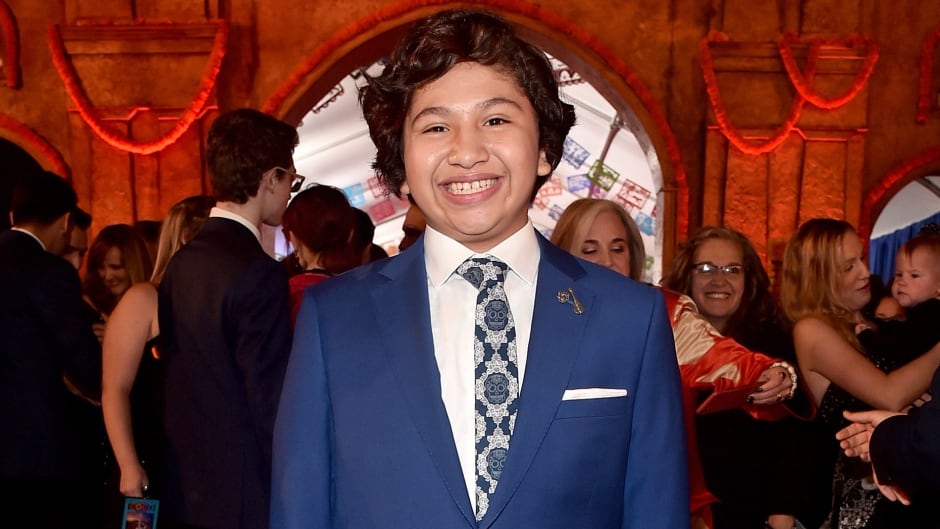 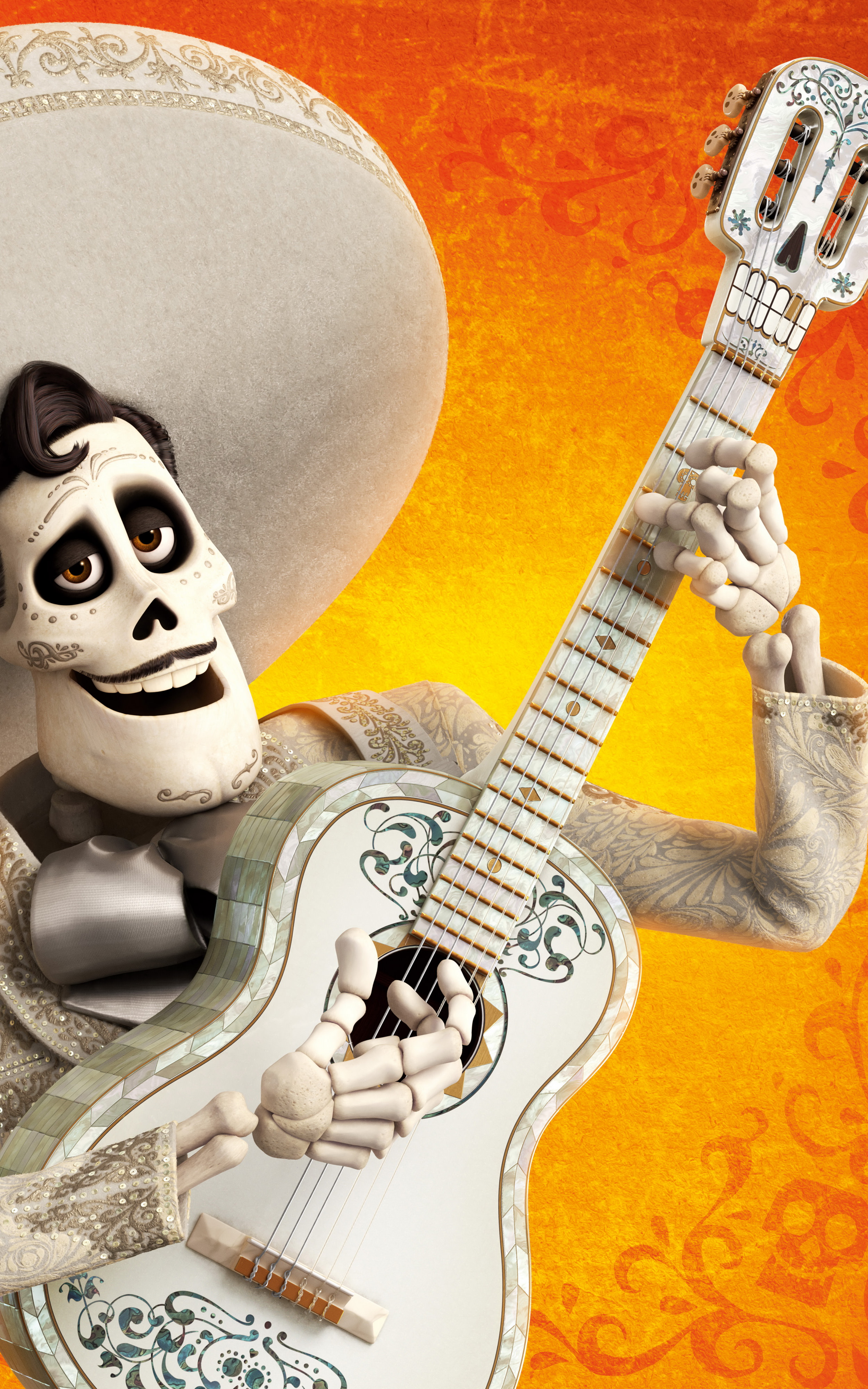 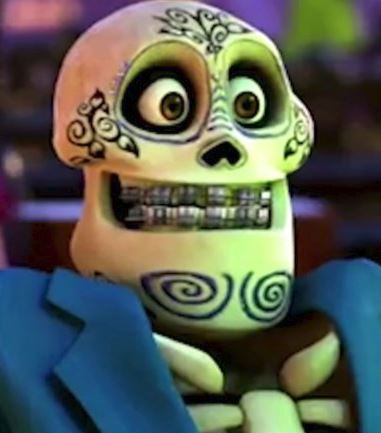 Let me just say that watching Pixar’s Up was an emotional experience. Like every Pixar movie, it basically had me sobbing on the floor like a disturbed child, but I just loved the messages of love and adventure.

To help tie our recent travel-inspired wall decor together, I decided to make a wood canvas featuring the “Adventure is out there!” quote from Up.

I had some leftover buttons and letters in my craft stuff, so this sign basically was an awesome stashbuster and a fun way to use all the buttons I’ve somehow collected in my lifetime.

*You can find the tutorial for the four pieces of string art here!

If you love traveling or Disney or buttons or all of the above, this would be a great addition to your home!

“Let me guess, you have a great personality.”
—The Emperor’s New Groove