12 Garlands for the Whole Year

Be ready for every holiday and season with these 12 Garlands for the Whole Year. From New Year’s Day decor to garlands you can have up from fall through the winter, these seasonal decorations are great for beginning crafters and decorators!

12 Garlands for the Whole Year 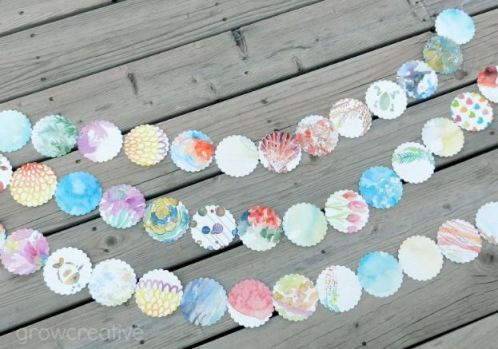 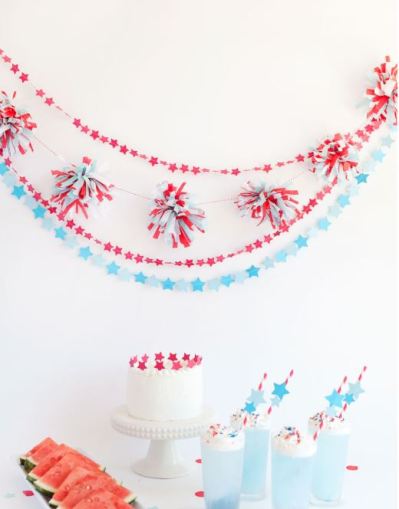 August
This garland is made of pool noodles! What a fun idea! Dress up your pool party with this fun, waterproof decoration!

September
Dried apples make a festive garland you could use all the way through the fall and winter. Use it on your Thanksgiving table, too for a festive touch. 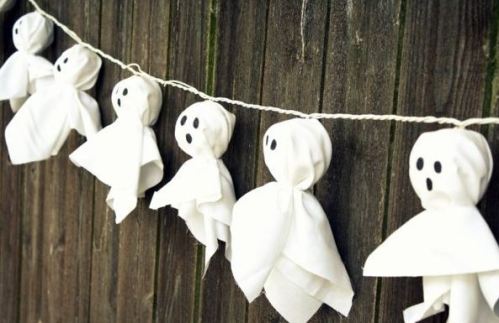 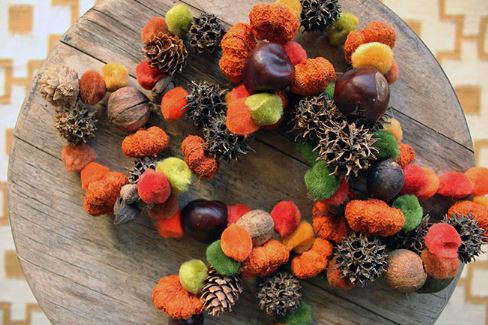 December
This one doesn’t have a tutorial, but it’s pretty easy to figure out! Some fake snow, some little fake trees, and a garland of plastic lights and you’re set to go! 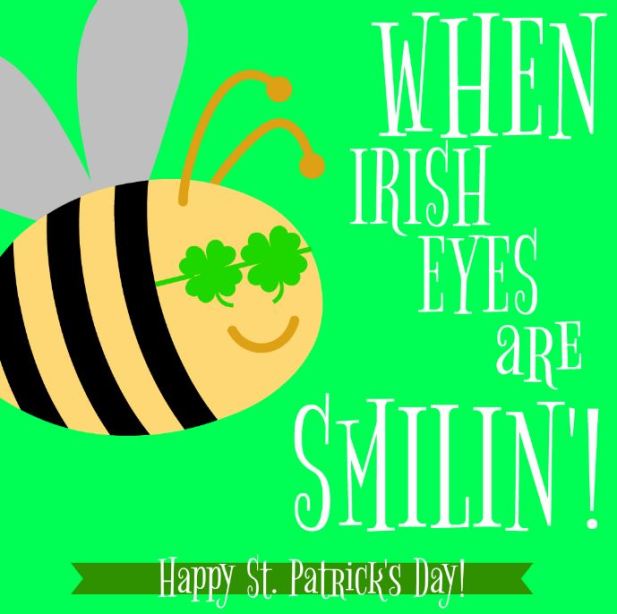 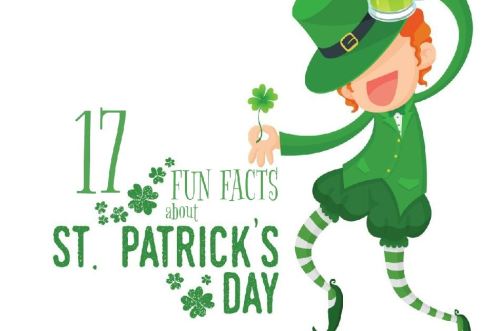 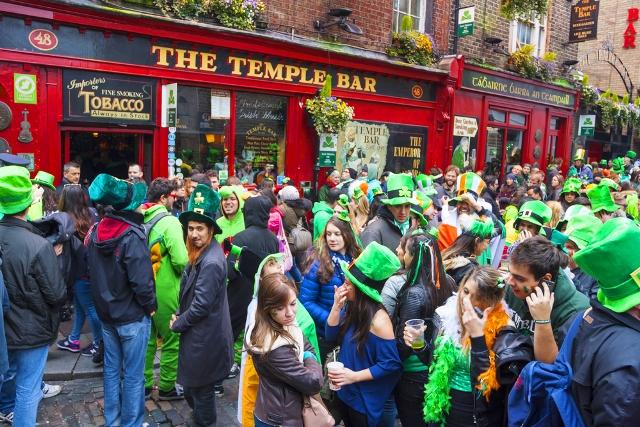 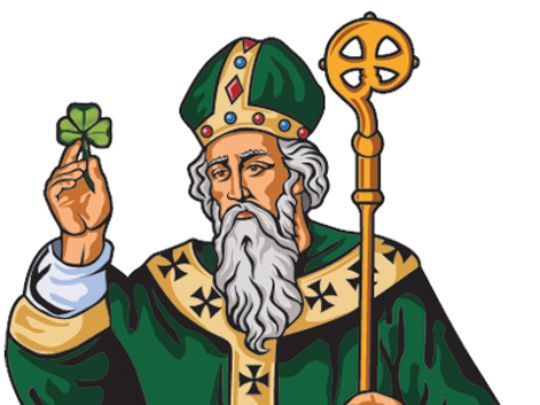 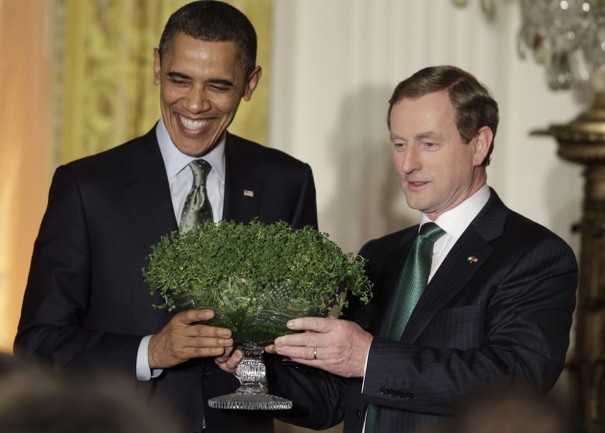 The luck of the Irish is on everyone’s side today! It may not be gold at the end of the rainbow, but these adorable printables are all coming at you for FREE! How magical is that?! 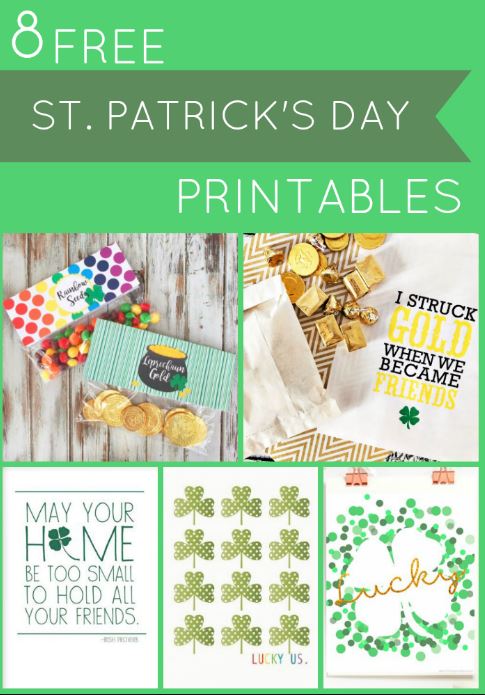 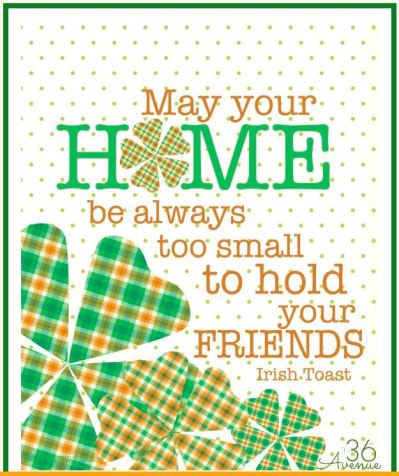 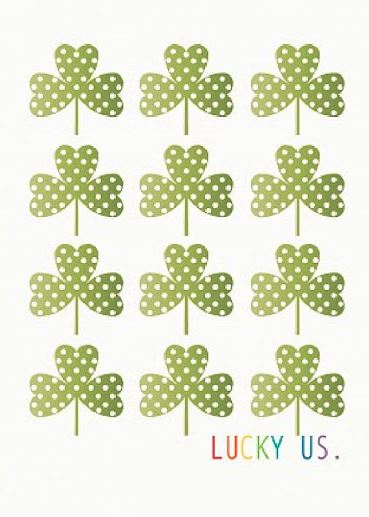 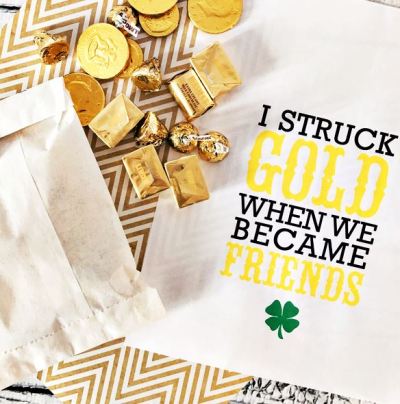 It may be hard to believe, but spring is on the way! To get ready for St. Patrick’s Day, bright and colorful flowers, and warm weather, here are 8 rainbow crafts that are sure to bring a smile to your face! 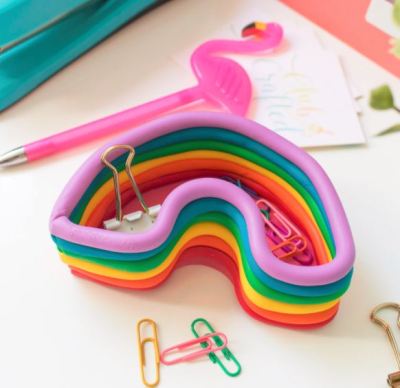 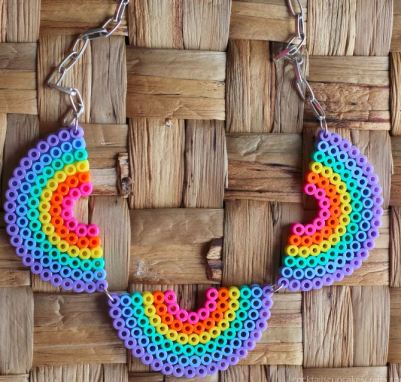 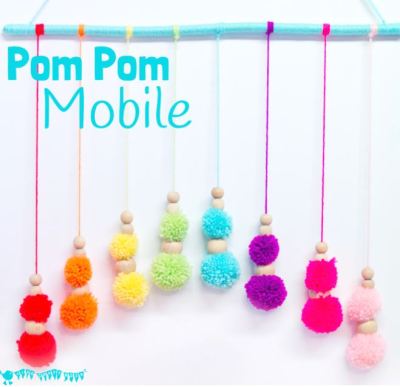 Right, so I know corned beef and cabbage is the traditional St. Patty’s Day go-to…and I know my Irish ancestors would shun me for saying so, but I’m just not a huge fan of corned beef…or cabbage for that matter.  I mean…I’ll eat it…but when push comes to shove, I’d much rather spring for a piece of shepherd’s pie or a big ol’ plate of bangers and mash (which I know is not OFFICIALLY Irish, but…it has potatoes!!). 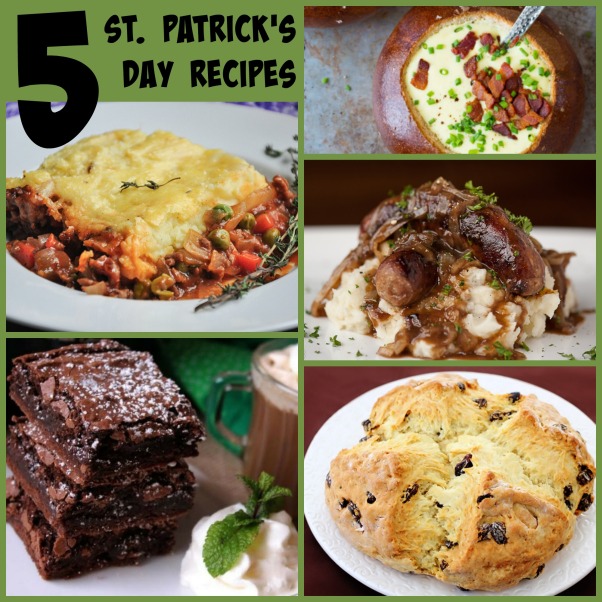 So here are a few other Irish-ish recipes that you can make to still be in the St. Patrick’s Day spirit if you’re like me and don’t swoon over the traditional fare. 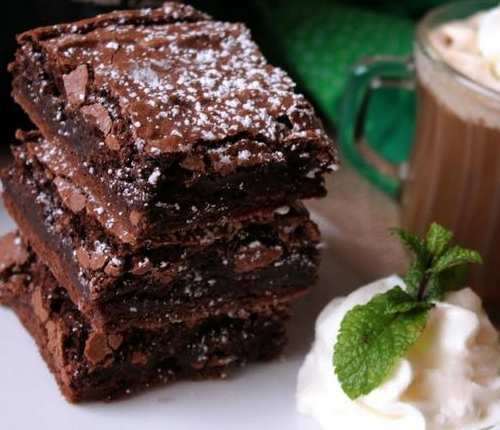 I love me a good recycled craft…and this one is “green” in all senses of the word!  Made from recycled items and perfect for St. Patrick’s Day, this beer bottle vase is so easy to make and would look adorable on your table or mantle.  This is a great way to use up those Guinness bottles you have lying around, as well as some left over felt scraps from projects you’ve done before.

A few weeks ago I posted a Felt Flower Tutorial, as well as a Felt Shamrocks Tutorial.  Both of those will come in handy when making this cute little St. Pattie’s craft.

Follow the directions for the Felt Flower Tutorial to make the flowers for your vase.  If you’d rather use real flowers or no flowers at all, simply ignore this step.

Follow the directions for the Felt Shamrocks Tutorial to make 3 green shamrocks, as well as 1 white one.  Feel free to use whatever colors you’d like.  I happened to have felt in “True Green”, “Forest Green”, and “Sage Green”…so those are the shamrocks I created.  I also made a white one and did a simple stitch in green thread around the edge of the shamrock.

I also created a little belt to go around the bottle.  I made this out of the “Sage Green” felt and 2 strips of white felt.  Glue the shamrocks to the felt belt. 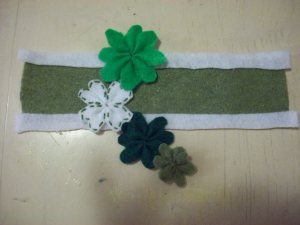 When you have your shamrocks arranged and glued to the belt, simply glue it all to your beer bottle.  Add your flowers and you’re good to go!  This is a really fun and economical idea for table centerpieces or party favors.

How to Make Felt Shamrocks

Today I have a fun little felt craft for all you lucky Irish lassies out there.  With some left over felt scraps and a needle and thread, you can easily make this felt shamrock, perfect for hair clips, headbands, or whatever you’d like.

All you need to do is cut out four felt shapes that look like this.  Line them up in a row and weave the needle and thread through the bottom of all four shapes.

Here’s what it looks like after the needle and thread have been weaved through all four pieces of felt.

Finally, take both ends of the string and pull, forcing the four felt pieces to bunch up together.  Tie a couple knots to keep the strings secure and you have a cute little shamrock!  You can cut off the excess threads or use them to help secure your shamrock to a package, headband, or whatever you’d like.

Come back next week for a fun St. Patrick’s Day craft using this cute felt shamrock!

Guinness.  It’s not St. Patrick’s Day without it.  It’s near impossible to think that us Irish folk would use Guinness for anything other than drinking, so here are some fun Guinness facts for you.  I wish you all a very happy St. Pattie’s day!  Have a Guinness…”It’s Good for You.” 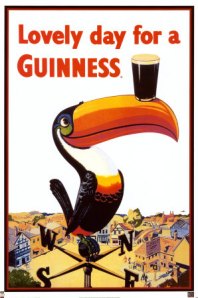 1.  Guinness is not only brewed in the Land of the Green…it’s made in over 150 countries, including Nigeria and Indonesia.

2.  Hard to believe by looking at it, but a pint of Guinness is less than 200 calories.  That’s less than what most people drink on a daily basis, including milk.

3.  The old saying that Irish people have “Guinness in their blood” may not be far from the truth.  Supposedly pregnant women in Ireland drink a glass of Guinness every day to fortify themselves and their baby.

4. You can also thank Guinness for that yearly book of world records that we all enjoy reading.  In 1954, the head executive of Guinness Beer commissioned a handy reference book filled with facts as a means for him to settle disputes with friends and acquaintances.  The first edition of said book, The Book of Records, was a promotional item Guinness gave to bars to thank them for buying their beer and to use to help settle disputes before a bar fight broke out.

5.  Although nothing says Irish Pride like a good frothy pint of Guinness, Great Britain actually holds the record as the country that consumes the most Guinness.  Ireland comes in second, followed by Nigeria, the United States, and Cameroon.

6.  Despite the fact that Ireland is in a close second regarding the Guinness drinking record, it’s still the #1 drink sold in Ireland…and Guinness easily makes roughly 2 billion dollars annually.

8.  Guinness is an amazing addition to tons of recipes.  Try it in chocolate cake, beef stew, french toast, and much more.

Happy St. Patrick’s Day to all my Irish and “Irish for a day” friends out there!  Slainte!